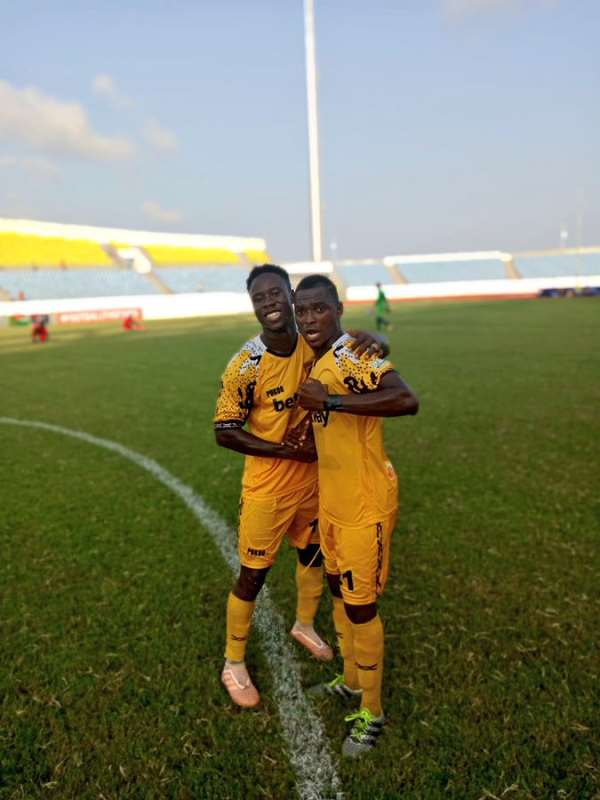 The Obuasi –based have thus qualified to represent Ghana in the 2019/2020 Caf Confederation Cup.

Nzema Kotoko threatened AshantiGold in the early stanza of the game but thanks to Goalkeeper Frank Boateng who pulled a fine save to deny Nzema Kotoko the lead.

Striker Mark Agyekum sent a low shot beyond the reach of Goalkeeper Evans Quansah to break the deadlock for the miners in the 38th minute.

Back from recess, AshantiGold mounted thunderous pressure on Nzema Kotoko with the aim of getting an early second goal. The miners pressing game nearly got them the second goal but Godfred Asiamah shot went off target.

Nzema Kotoko in their attempt to restore parity made two quick changes with Edem Kwaw coming on for Roland Frimpong in the 56th minute.

Amos Kofi Nkrumah on the other hand was replaced by danger man Richard Djodi for Ashantigold.

Appiah MacCarthy’s excellent freekick in the 60th minute was almost entering the net when Goalkeeper Evans Quansah brilliantly pulled a save to prevent the ball from entering the net.

Kjetil Zachariassen’s side kept pushing for more goals but couldn’t utilize the few chances they created, leaving the Cape Coast Stadium with a 1-0 victory over Nzema Kotoko at the end of referee Daniel Laryea’s final whistle.

Nzema Kotoko were dealt with a big blow on the 75th minute after their star boy Akese Akese was sent off in the game for unsporting behaviour.

Both Asante Kotoko and AshantiGold SC will represent Ghana in next season’s Caf Champions League and the Confederation Cup respectively.