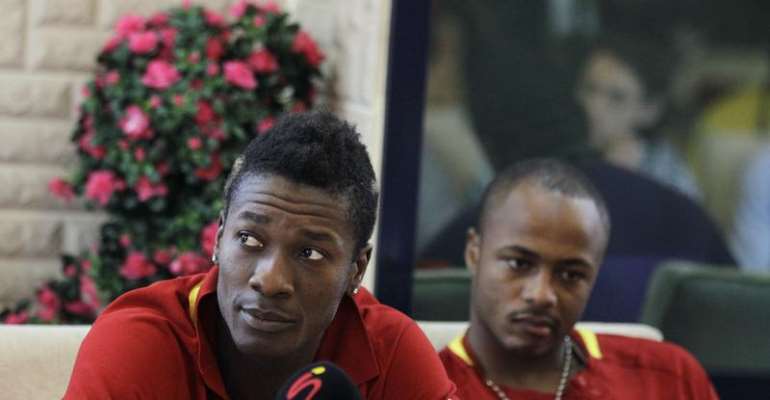 Former Ghana winger, Laryea Kingston has rubbished suggestions that the resolved impasse between Asamoah Gyan and Andre Ayew has affected the performance of the players in the ongoing Africa Cup of Nations.

Reports consistently emerged that the pair are not in good terms but both camps rubbished those reports.

Prior to the tournament in Egypt, Asamoah Gyan lost his captaincy to Andre Ayew unexpectedly.

The Kayserispor forward released a statement indicating his early retirement from the Black Stars insisting he cannot be happy after he was made the general captain of the team.

However, the former Sunderland and Liberty Professionals forward rescinded his decision after a presidential intervention.

After failing to win any of their two matches played in the group phase of the competition, football enthusiasts in the country believe the impasse that was brought has affected the performance.

Speaking on SuperSports after Ghana's 0:0 draw with the Indomitable Lions on Saturday evening, the former Celtic winger insisted that the team has not been affected by the resolved impasse that existed between Asmaoh Gyan and Andre Ayew.

"We heard a lot of issues surrounding the Black Stars captaincy prior to the tournament but I don't believe that has affected the players," he said.

"They are professional players and they played well against Cameroon and I hope they win against Guinea Bissau to qualify for the next round of the tournament," he added.

Ghana sit 2nd in Group F and must beat Guinea Bissau on Tueday, July 2nd to book their round of 16.