Africa Cup of Nations: Five things we learned on Day 8 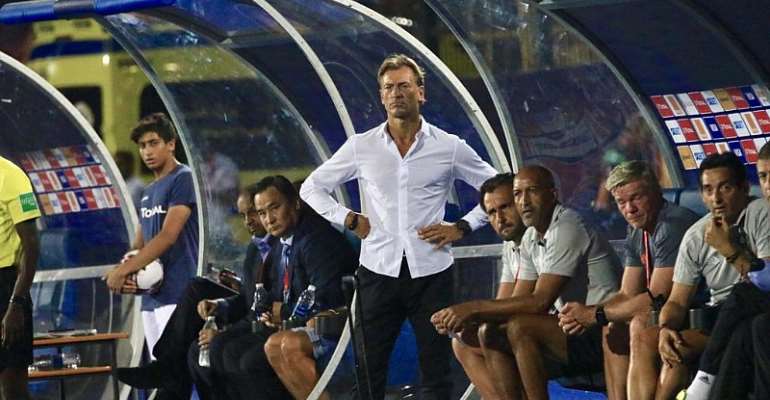 Morocco roll over Cote d'Ivoire to reach the last 16 while the latest regional scuffle offers little in the way of spectacular.

Warda carry on
So welcome back Amr Warda. The 25-year-old was kicked out of the Egypt squad for sending out some allegedly dodgy material to several young women on social media. However, he has apologised to family, friends and teammates on … social media and following a meeting between players and Egypt team bosses, he's been given another chance. The suspension will only go until the end of the group stages. Warda will be allowed to run out for the national team from the last 16 onwards. Better not kiss any girls in the crowd if he scores a goal.

Two tribes go to war
Whatever happened to the band Frankie goes to Hollywood? That's perhaps for another day. But for the second day running there was a regional derby. After the eastern showdown between Tanzania and Kenya on Day 7, there were southern rivalries to settle in the clash between Namibia and South Africa. Both sides lost their opening games and were seeking a victory that could give them a chance of the second round. Unlike the Day 7 five goal thriller, South Africa v Namibia was a bit drab. It served up only one goal - from South Africa's Bongani Zungu in the second half. We obviously aren't allowed too much fun. But at least Bafana Bafana are on the way.

Favourite shirt
While on the subject of whatever happened to … Haircut 100 had a hit single a long time ago called Favourite Shirt. Hervé Renard was out in his white shirt on Day 8 during the Morocco v Cote d'Ivoire match. We'll be seeing the white number  for a little while longer as Morocco moved into the last 16 after a 1-0 win.

The boys have grown up
South Africa coach Stuart Baxter was mighty pleased with his team after their 1-0 win over Namibia. Especially the second half performance after a poor first half. “We're not playing in the kindergarten any more,” he said. “This is the Africa Cup of Nations.” A place where boys need to be men.

Space invaders
Bar the matches when Egypt play, the stadiums in Cairo are not exactly jammed with spectators. So it all seems curious why the hacks covering the tournament are herded into ridiculously confined areas. Hey organisers, more teams = more journalists. Another idea: if the allotted areas for the baying pack reporting on your event is full, get them into the places where there is space … ie, the rest of the stadium.