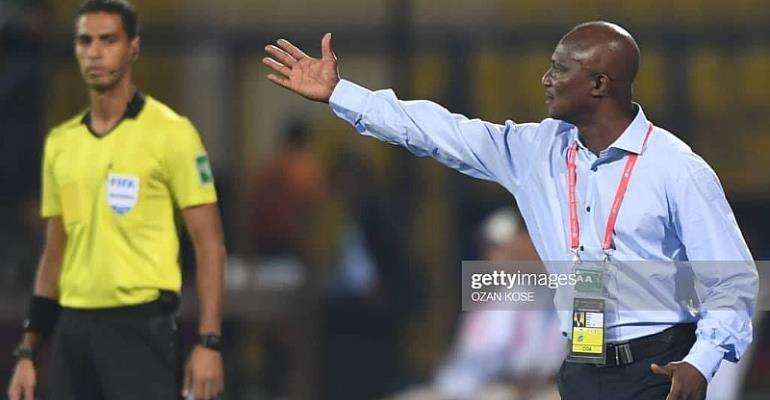 Asante Kotoko former manager, Frimpong Manso says it is unfair and too harsh to tag the Coach Kwesi Appiah as ‘tactically bankrupt’.

The Black Stars head coach has come under intense pressure after Ghana were held to a 2:2 by the Squirrels of Benin in their Group F Match opener.

However, according to him, the Black Stars were on top of their game until defender John Boye got sent off, which prevented the team from their first three points in the tournament.

“If that was where Ghanaians expected a variation from the coach, it was very difficult because he needed somebody to hold the midfield so he doesn’t concede," he told Asempa FM.

“But maybe he (Kwesi Appiah) was thinking of getting a goal too in that situation. So for me, I think that tactical Bankrupt tag is a bit unfair, it’s too harsh,” he added.

Ghana will play their next group game against defending champions Cameroon on Saturday.

However, Andre Ayew is likely to miss the game after he failed to train with the team on Thursday evening.