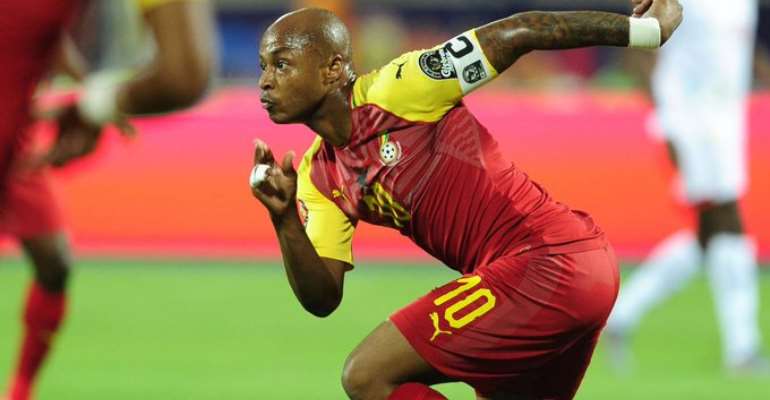 Andre Ayew and Thomas Agyepong missed Black Stars recovery training on Wednesday after Ghana’s 2-2 stalemate with the Squirrels of Benin in the Africa Cup of Nations (AFCON) Group F opener in Ismailia.

All the players trained at the Suez Canal Complex to put themselves in a good physical condition ahead of their next game against the Indomitable Lions of Cameroun on Saturday except the two players.

Both players were named in Coach Kwasi Appiah’s starting eleven against the Squirrels but in the course of the game, Agyepong sustained an injury and limped off the pitch, paving way for debutant, Samuel Owusu.

For the Black Stars skipper, he lasted for a greater part of the match before he was replaced in the 88th minute by Afriyie Acquah.

But the Swansea City forward limped off the pitch and was spotted with a bandaged right ankle as he boarded the team bus after the match.

However, the extent of the injuries has so far not been communicated yet as Ayew was due for a scan on Wednesday.

The senior national soccer team will lock horns with their Cameroonian counterparts at the Ismailia Stadium on Saturday, 29 June, 5pm.