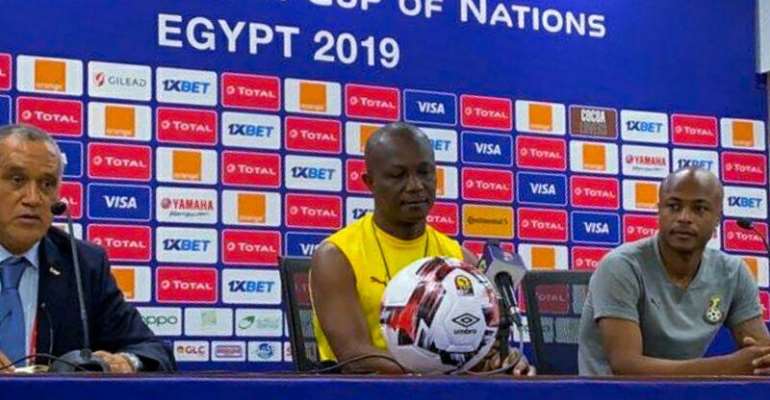 Coach Kwasi Appiah says he is satisfied with Ghana's 2-2 draw game against Benin in their AFCON 2019 opener at the Ismailia Stadium.

The Black Stars were held to 2:2 draw at the Ismailia Stadium on Tuesday night.

According to him, his side did not concentrate on the game in the opening minute of the game but insisted his team will come better in their next encounter against Cameroon on Saturday.

"It was a good game, we didn't concentrate in the first half," he said.

"In the second half, it was hard to play with 10 players. A draw is reasonable."

"I didn't lose hope in my team and wait for us in the next game," he added.