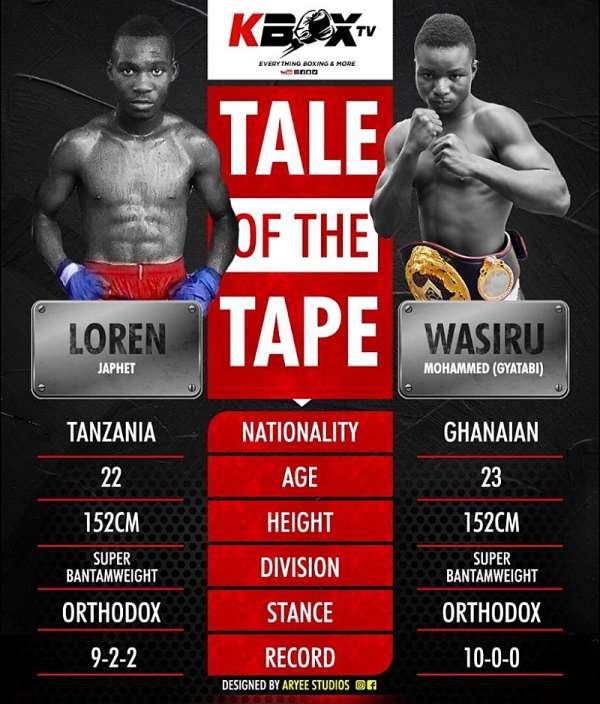 The WBO Africa super bantamweight champion who has set his eyes on the WBA, WBC, IBF and the WBO world titles believes he is among the best in the world and must prove with his records and achievements.

Now boasting of an undefeated record with 10 victories, he climbs the ring this weekend at the Accra Sports Stadium to face Tanzanian Japhet Loren.

Boxing experts say this will be a test for the Ghanaian champion, but Your Truly thinks it is going to be another easy payday for the boxer who never jokes in the ring.

Wasiru Mohammed and Japhet Loren have the same height at 152 cm and are both orthodox with power punches; however, the Tanzanian has lost two of his fights and drawn twice in nine fights.

He said after learning from the bout against Isaac Sackey when he won the WBO Africa title, they have learnt a lot and this time security will be tight to avoid any trouble.

He hinted that Gyatabi has also prepared very well and will give boxing enthusiast more to cheer about.

According to KBox TV, rates have been fixed at 100ghc for VIP, 50ghc for regular and 20ghc for the popular stand.

As usual, there will be entertainment from popular musicians.

Friends of Boxing (FOB) wish all of them victory.