Black Stars Will Be The Team To Beat At AFCON 2019 – Dr. Kofi Amoah 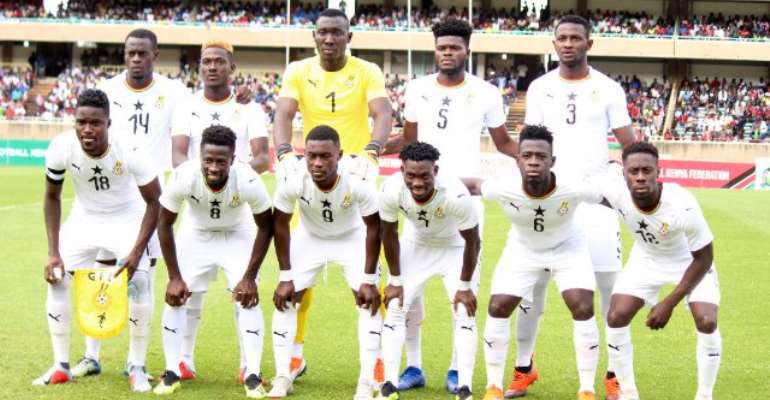 President of the Ghana Football Association (GFA) Normalization Committee (NC), Dr. Kofi Amoah has revealed that the current Black Stars squad will be the team to beat at the 2019 Africa Cup of Nations (AFCON) tournament.

The biggest tournament on the continent has been expanded from 16 to 24 nations this year and will most like be very difficult for any side that will eventually emerge as champions.

Ghana will battle the rest of Africa this year as she continues her search for a 5th continental triumph. The team since lifting the trophy in Libya 1982 has failed to win the tournament despite coming close in the last 6 editions.

After making the necessary arrangement for the team to adequately prepare for this year’s tournament, GFA boss Dr. Kofi Amoah insists the Black Stars will not be an easy target for any of the teams making a representation at this year’s AFCON.

“Well, my message is very clear. The Black Stars of Ghana will be there team to beat. Our coach is focused, the players are focused, Asamoah Gyan, and Dede Ayew, all the players. I was in Dubai with them, the camaraderie in there and the Unity, there are exuding some unity and force to bring the cup home”, he said in a recent interview on Asempa FM.

Ghana will kick start their AFCON campaign later tonight when they come up against Benin in a Group F encounter at the Ismaily stadium. Kick off time for the match is at 20:00GMT.