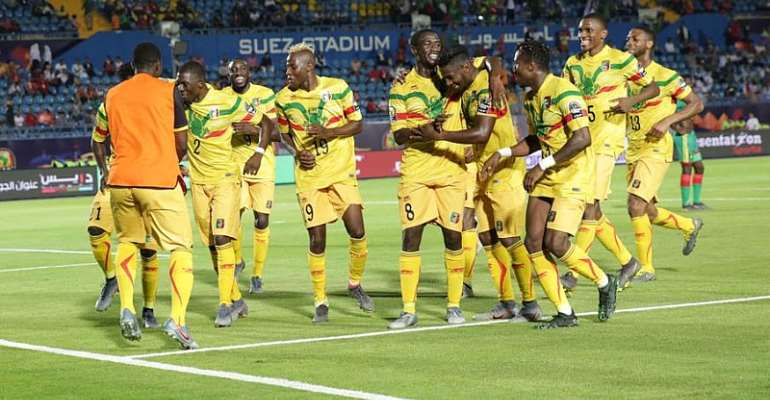 Mali recorded an impressive 4-1 victory over Mauritania in their first 2019 Africa Cup of Nations (Afcon) Group E match at the Suez Stadium in Egypt on Monday night.

The Lions of Chinguetti, who were making their debut in the finals, were able to contain the Eagles in the opening stages of the encounter.

Mali were forced to try their luck from range as the Mauritania defence looked solid and impenetrable.

However, the Eagles upped the tempo after the half-hour mark and they managed to break the deadlock through Abdoulaye Diaby.

The Sporting Lisbon forward scored with a left-footed shot from outside the box to make it 1-0 to Mali in the 37th minute.

The momentum was with the Eagles and they were awarded a penalty after Lassana Coulibaly drew a foul in the box on the stroke of halftime.

Moussa Marega then stepped up and beat Souleymane from the spot-kick to make it 2-0 to Mali heading into the halftime break.

The Eagles continued their dominance after the restart and in the 55th minute they extended their lead through Adama Traore II.

The 23-year-old midfielder netted with a left-footed shot from the centre of the box to make it 3-0 to Mali, with Diadie Samassekou grabbing an assist.

The Lions of Chinguetti then fought back and they were awarded a penalty which was conceded by Mamadou Fofana in the 71st minute.

However, Mali responded with a goal when second-half substitute Adama Traore I scored with a well-taken shot to make it 4-1 with 17 minutes left on the clock.

Mauritania pushed for another goal in the latter stages of the encounter, but Mali held on to their three-goal lead and they emerged 4-1 winners on the night.