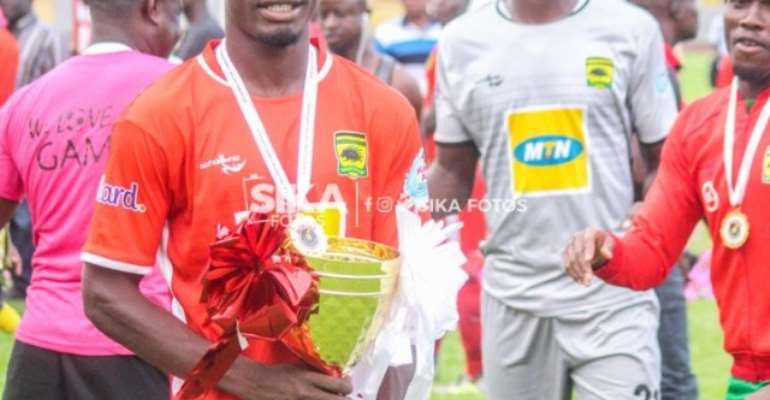 Defender Habib Mohammed made the switch to Asante Kotoko on the last day of January and just five months down he has won his first trophy with the Porcupine Warriors.

Though the 21-year-old didn’t feature against Karela United on Sunday but he was among the medal winners as Kotoko were crowned champions.

The Porcupine Warriors acquired the utility player from regional rivals AshantiGold and he featured prominently in their campaign in the CAF Confederation Cup.

Kotoko coach Charles Akonnor is able to deploy the former Bofoakwa Tano player in various positions on the pitch.

The former Ghana and Wolfsburg captain-coached the player during his spell as AshantiGold coach but he particularly impressed the Porcupine Warriors hierarchy during Kotoko’s game with the Miners at the JAK Foundation Cup.