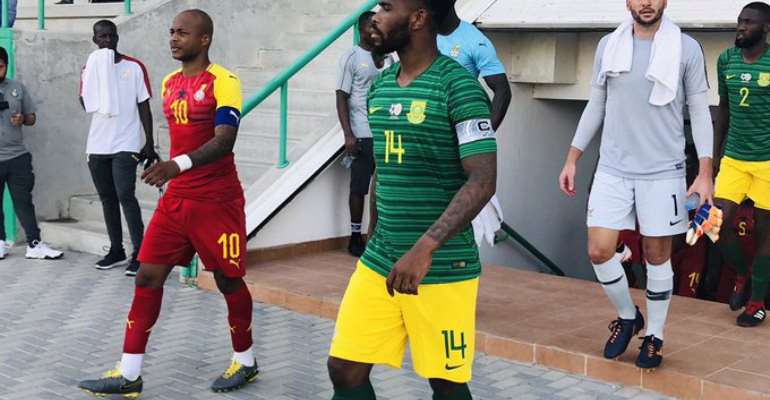 Andre Ayew says he is satisfied with the Black Stars preparations ahead of the Africa Nations Cup in Egypt.

A 23 man squad have been camping in the United Arab Emirates for the past two weeks, where they were involved in two pre-AFCON friendlies against Namibia and South Africa.

"We've been training very hard and it's been a wonderful trip here," he said.

"We have been working hard with the players and the staff. We had two sessions a day for a very long while.

"And we keep on working hard. We believe that is the only way we can make it. We need to keep working as a team.

"Training is the key to success so we are working hard and the camp has been great. So far we have not had any issues and we hope that it stays like that. The training facilities have been good."

"We were a bit sad for Nuhu after his injury," he said.

The Black Stars will leave Dubai on Thursday for Egypt ahead of kick off on Friday.

Ghana have been drawn in Group F alongside Cameroon, Guinea Bissau and Benin.