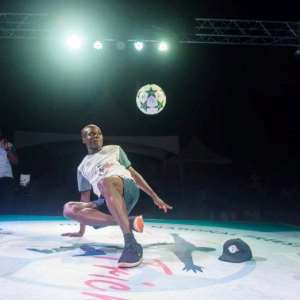 In an exclusive interview with Mike Okuley, the Press Attache of Team Ghana, he expressed his satisfaction for the opportunity to represent the nation, while the competition has exposed him to many things about Olympic Sports.

He noted that though it was a tough and keen contest, he could have made it to the finals and possibly get the gold or silver, but and the bronze medal stage he was declared loser by the judges.

According to Asare, he is not sad but happy and feels the competition has helped him to prepare for the upcoming African Championship in Nigeria which is a bigger event and hopes to shine in that tournament.

He thanked the Ghana Olympic Committee (GOC) for giving him the chance and also the companies who supported them to travel, like Toyota Ghana, Allied Oil, Ashfoam, Republic Bank and Ghana Gas.