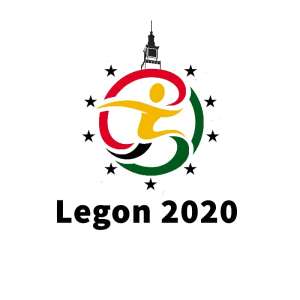 The 2020 Ghana University Games (GUSA Games) has been launched under the theme ‘Integrating Sports into Academia for Youth Empowerment and Development’. The logo and mascot were also unveiled.

Dr Bella Bello Bitigu, Co-Chair of LOC & Director of Sports UG said the last of GUSA Games was held in Tamale hosted by UDS, and the 2020 should have been hosted by UPSA or UMAT but of facilities gave the right to UG.

He hinted that UG is putting up the necessary structures (LOC), various Committees and the Secretariat of GUSA-2020 to be set up at the new Stadium.

He said Diaspora Halls-Kwapong and Limamn Halls would to be used as Residential place for Athletes.

Dr Bello expressed that the Legon Stadium would be completed soon and all facilities would be modern, such as the fast tartan tracks, handball court and others.

Dr Charles Domfeh President of GUSA was convinced that with the quality of the LOC Membership, UG will give the best GUSA Games yet to come and the GUSA Secretariat is ready to offer technical and all the needed support when needed.

He announced that the 2022-Africa University Games (AFUGAS) would be hosted by a Ghanaian University, hence requires and expects UG to raise the standard to host the 2020-AFUGAS Games.

He expects the government of Ghana to provide each public university with a standard Mini Olympics Stadium to help in the development of talents for the country as the theme #GUSA202 suggests.

He said GUSA membership of public universities have increased from 3 in 1963 to 9 to date.

Prof Samuel Kwame Offei, Chairperson of LOC &Pro VC, ASA who also Spoke on behalf of the VC said they are ready to host 8 other public universities after last hosting in 2010 also in 2000

He noted the benefits of the Games as a base for talents Identifications for many national teams in various disciplines.

He added that sports are the only language that unites the international community.

According to Prof. Offei, UG has a Sports Fund that supports needy and talented Sportsmen and women and concluded that UG is targeting -40 Gold Medals.

Isaac Agyemang, the UG-SRC President expressed that the Late President Prof JEM Mills was a product of UG- GUSA GAMES (football & Hockey) and the Games serves as a scouting ground for various team disciplines, as well as an avenue for Networking.

He called on the government for enhancement of supports for Sportsmen and Women in times of need and urged for quality preparation to meet the targeted 40 gold medals haul for UG.

Reks Brobbey, the UG Sports Ambassador noted that his aim and target is to make the 8 visiting universities feel at home, as they watch UG host and win big.