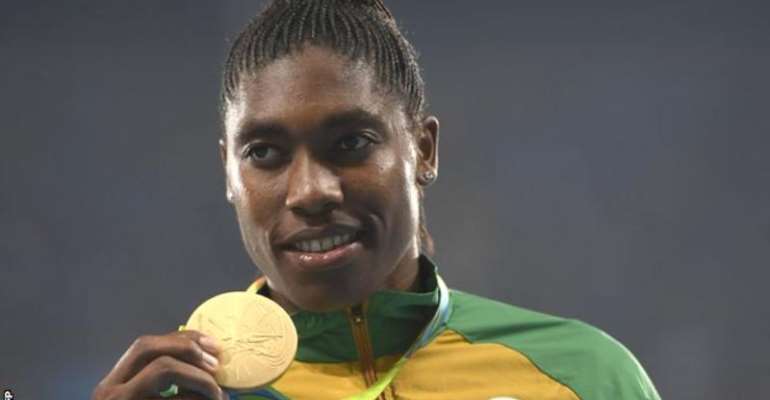 Olympic 800m champion Caster Semenya has been named in South Africa's preliminary squad for the World Championships in Qatar later this year.

Her participation, however, depends on the outcome of her appeal to Switzerland's Federal Supreme Court (SFT) against an International Association of Athletics Federations (IAAF) ruling restricting testosterone levels in female runners.

The IAAF says it will seek a "swift reversal" of the SFT's decision.

The court's "super-provisional order" will also only apply until June 25 -- the date by which the IAAF must respond to the court on Semenya's case.

The World Championships will take place in Doha between September 28 and October 6.

Last month, Semenya filed the appeal after failing to have new IAAF rules overturned by the Court of Arbitration for Sport.

The new IAAF rules state that Semenya and other athletes with differences of sexual development (DSD) -- must either take medication in order to compete in track events from 400m to the mile, or change to another distance.

In April, the three-time world champion won 5,000m gold at the South African Athletics Championships -- a new distance that would not require her to lower her testosterone levels.

Semenya is set to race over 2,000m in Paris on Tuesday, and in the 3,000m at the Prefontaine Classic in Stanford, California on June 30.

But she has only been entered in the 800m for the worlds.