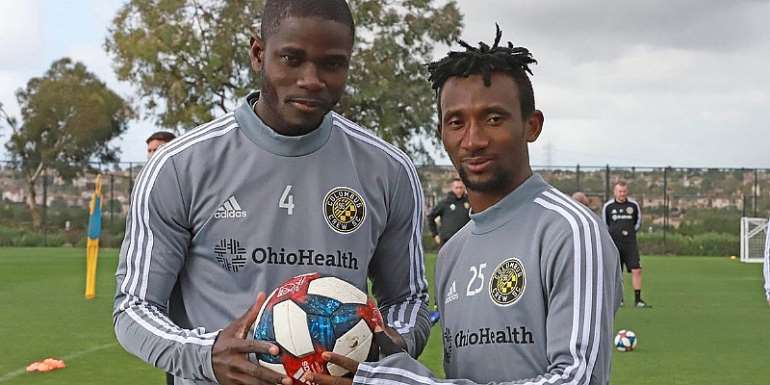 Jonathan Mensah, Harrison Afful, Latif Blessing and CJ Sarpong have all been named in the 2019 MLS All-Star team of the season.

The quartet are in a position to make it among selected players in the Major League Soccer to be part of the annual team of the season.

Mensah, Afful, Blessing and Sarpong have competes against themselves on a number of occasion in the MLS.

Mensah and Afful have been impressive for Columbus Crew until the former Asante Kotoko defender sustained an injury that ruled him out of the 2019 Africa Cup of Nations.

Latif Blessing, on the other hand, has been phenomenal for Los Angeles FC with Sarpong making a case for himself since joining Chicago Fire from Philadelphia Union.

Fans will have the ability to vote for three defenders, four midfielders, and three forwards.

They must select at least one player and register an account in order to submit a ballot.

All registered voters will be automatically entered to win a trip for two to the 2019 All-Star Game in Orlando.

Jonathan Mensah has been named in Kwesi Appiah provisional list and will be hoping to make it to the 23 man squad for the tournament in Egypt.