Sturridge And Moreno To Leave Liverpool 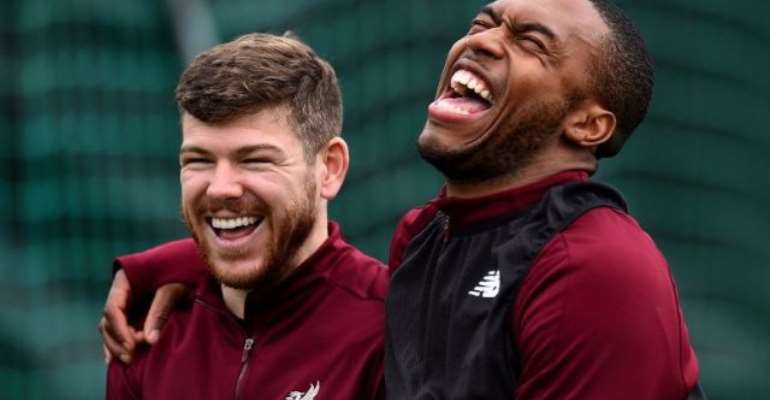 Daniel Sturridge and Alberto Moreno will leave Liverpool this summer at the end of their contracts.

England striker Sturridge, 29, scored 67 goals in 160 appearances after joining from Chelsea in January 2013.

Spanish left-back Moreno played 141 times for the club, having signed from Sevilla in August 2014.

Liverpool manager Jurgen Klopp said: "The most important words to say to these two remarkable players are 'thank you'."

The Reds are keen to offer Klopp a new contract after winning the Champions League with a 2-0 victory over Tottenham in Madrid on Saturday.

The German said: "Alberto is a person whose personality is reflected in how he plays - full of life, full of energy, always positive. An unbelievable character who is always willing to give all of himself for the team.

"Daniel has earned the right to be considered a modern-day Liverpool great, I would think. He came to the club while we were trying to rebuild and re-establish ourselves. Some of the goals he has scored for Liverpool were so, so, so important.

"We will miss them of course, but we can say farewell with the best words possible: Guys, you leave as European champions."

Both players leave Anfield having fallen out of favour during the 2018-19 season. Sturridge made 27 appearances in all competitions but 20 of those were as a substitute. Moreno made just four starts and one substitute appearance.

They were both part of the Liverpool team that was beaten in the 2016 EFL Cup and Europa League finals in Klopp's first season in charge.

Sturridge began his career at Manchester City before joining Chelsea in 2009. He also spent six months on loan at Bolton during his time at Stamford Bridge before making the move to Anfield.

He scored 24 goals in his first full season at the club as Luis Suarez's strike partner as Liverpool challenged for the Premier League before ultimately finishing second to Manchester City.

After struggling for first-team football he spent the second half of last season on loan at West Brom, although injury restricted him to just six appearances.

In November 2018 Sturridge was charged with misconduct by the Football Association over alleged breaches of betting rules in January of that year. The striker, who denies the charges, was given until February to provide written evidence but has yet to hear a verdict from the governing body.

Moreno, who has been capped four times by Spain, came through the youth ranks at Sevilla before moving to Anfield for around £12m. He was first-choice left-back left for two seasons but lost his place to James Milner and then Andy Robertson in recent seasons.