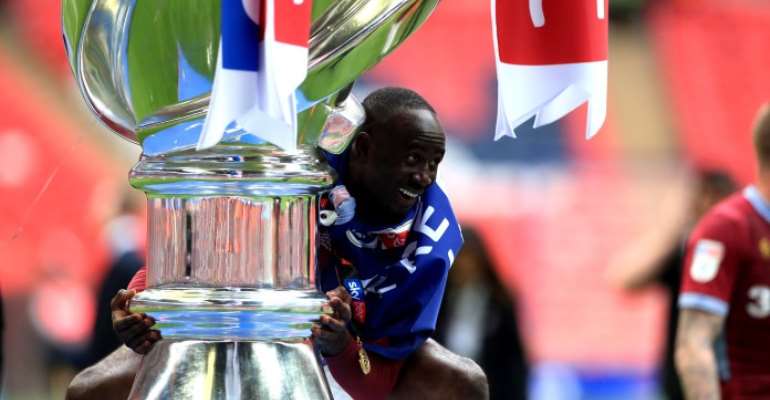 Newly promoted side to the Premier League, Aston Villa has released Albert Adomah after helping the side to secure promotion to the English Premier League.

The 29-year-old was among the eight players axed by Aston Villa ahead of their 2019/20 campaign.

This follows the club decision to lower the average age of the Claret and Blue Army squad following their promotion to the Premier League.

Adomah joined Aston Villa from Middlesbrough after helping them to secure promotion to the English top-flight league two seasons ago.

"We’d like to thank all of them for their contributions and wish them the best of luck for the future."

Albert Adomah was a mainstay in his three seasons at the club and landed the players’ player of the year award for his contribution in 2017/18. He scored 22 goals in 116 outings for the Claret and Blue Army.