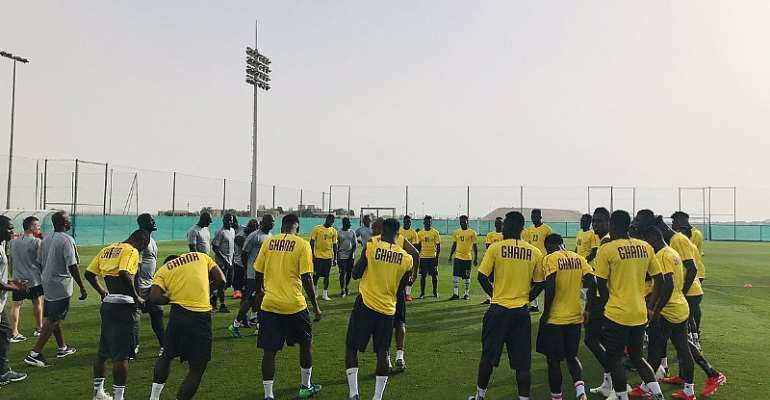 The senior national soccer team of Ghana, the Black Stars successfully finished off a series of training sessions at the Jebel Ali Center of Excellence in Dubai as they continued their preparations ahead of the 2019 Africa Cup of Nations (AFCON) set to take place in Egypt later this month.

Unlike Monday, the team got busier on Tuesday, engaging in different training regimens in the morning and in the evening. Coach Kwesi Appiah and his technical team led the lads to the beach in the morning where they worked on their fitness levels.

From there, they made it to the gym as players worked on their physical strength in a bid to get everybody in good shape.

The last training of the day took place in the evening where the various departments of the team were taken through some drill by their technical handlers.

According to Modernghana sources within the camp, a total of 27 players took part in the evening training session. It is now left with Richard Ofori and Jonathan Mensah who are yet to join the camp to give Coach Kwesi Appiah a full house.

Below are some videos of the team’s training session on Tuesday evening: