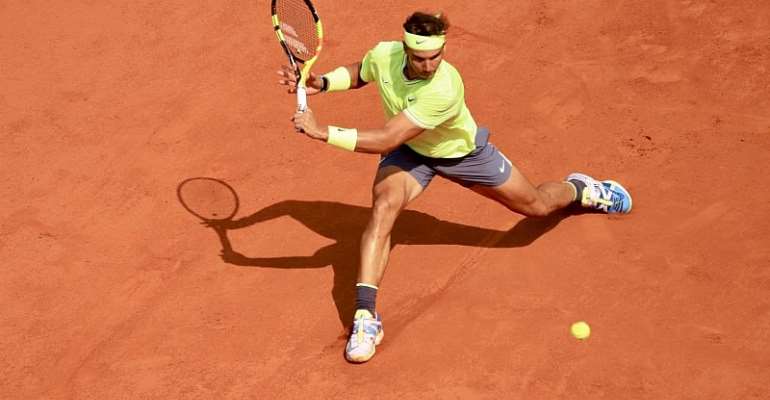 Rafael Nadal advanced to his 12th semi-final at the French Open on Tuesday with a clinical straight sets win over Kei Nishikori. Nadal, who is seeking his 12th championship, won 6-1, 6-1, 6-3 in one hour and 51 minutes.

Nadal has never lost once reaching the semi-final. In order to maintain that invincibility he will have to overcome Roger Federer.

“I really expect him to play aggressive, changing rhythms, going to the net,” said Nadal of his semi-final opponent. “That's my feeling because he's playing well and he has the tennis to make that happen.”

Record
Nadal has won 13 of their 15 meetings on clay. But despite that supremacy, he said he could not be complacent. “I have to be solid. I have to hit the ball strong enough not to allow him to do the things from good positions.

“If I am able to play good tennis. I hope to put him in trouble. If not, I will be in trouble.”

It is one of the most captivating rivalries in world sport and a dream match-up for the organisers of the tournament.

“Everybody knows it's going to be tough. But you just never know,” said Federer. “He might have a problem. He might be sick. You never know. You might be playing great or for some reason he's struggling. Maybe there's incredible wind, 10 rain delays. You just don't know. That's why you need to put yourself in that position.”

We'll not accept the 4% salary increment — Coalition agains...
17 minutes ago