AFCON 19: We Will Support Dede Ayew To Succeed As The Captain – Baba Armando 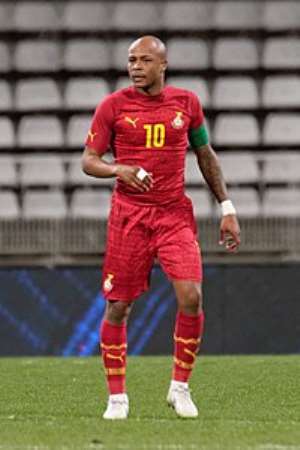 Dede Ayew has been appointed captain by head coach Kwesi Appiah after the latter stripped Asamoah Gyan of his captaincy role and made him the general captain.

The change in captain didn’t go down well with Asamoah Gyan who decided to retire but later declined his decision after the president stepped in.

According to Baba Armando, Dede Ayew equally has the capabilities to lead the Black Stars to glory in Egypt.

“Dede is like a younger brother to me. He is an excellent player and has showed since infancy that he has the charisma to lead,” Armando told footballmadeinghana.com.

“He did it with the Under 20 in Egypt in 2009and several times that Gyan was indisposed or on the bench he stepped in perfectly. This is not new to him, we will support him in all areas for him to succeed.”

Ghana are seeking to end their 37-year wait for an AFCON trophy as they head into the tournament to be played in Egypt in June.

The Black Stars have been group alongside defending champions Cameroon, Benin and Guinea-Bissau in Group F.