Sports Federations Urged To Be Transparent, Responsible And Show Integrity 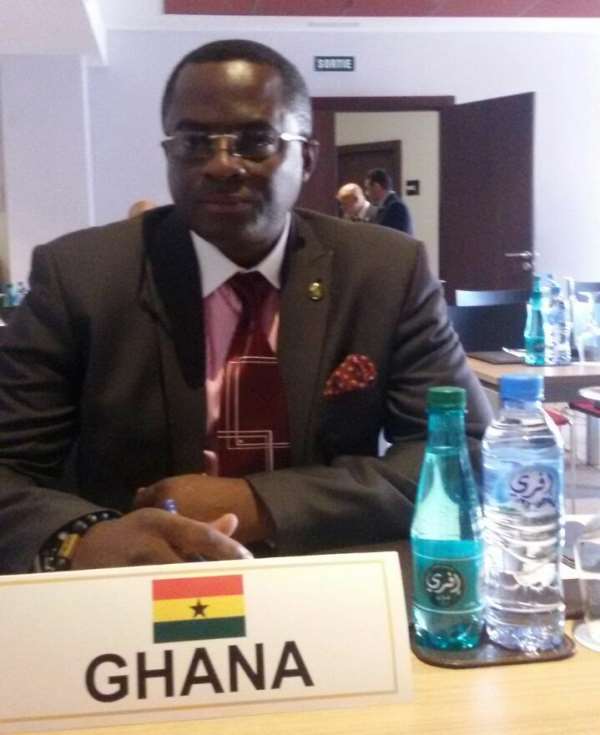 President of the Ghana Olympic Committee (GOC) Ben Nunoo Mensah has congratulated all who have supported him over the past two years and adviced the sports federations to be accountable for funds sourced for them to operate.

He said the major issue facing Ghana Sports is funds, so whenever they get any support, they must use it judiciously.

He named some federations like netball bodybuilding, beach soccer, rowing and canoeing, basketball, chess and football) who have still not accounted for the ANOCA grant given to them in 2017.

The GOC president said he felt some sports administrators are intentionally working for him to fail, otherwise, how can there be a situation where he has gone to negotiate for funding for Ghana Sports, for others to sabotage the initiative.

“It is unbelievable, we all know what $200,000 can do for all of us, so why this attitude. I am asking the Secretary-General and the Treasurer to work together on this and have it sorted out, and also go ahead and apply for the new funding (that we have been able to plead with ANOCA to still reserved for us )” he said.

The GOC president said the IOC and ANOCA Athletes Commission have given Ghana modalities and roadmap for the formation of an Athletes Advisory Commission (AC or AAC) who will operate on a constitution.

He said once the list is complete these NF Athletes representatives will organise a congress or meeting to elect their officers made, up of a president, a vice president, a secretary and two other members who will be an advisory body, and the AAC or AC President will become a member of the GOC Board.

He said the IOC has requested that Ghana sets up the Women's Commission, which WOSPA has gone far with nominations and will inform the GOC Board about their elected officers.

Ben Nunoo Mensah met the President of the Commonwealth Games Federation and requested assistance from the CGF to employ a marketing officer, which the CGF has agreed to pay a year's salary for an intern who's sole responsibility will be to draw up marketing programmes and source for sponsorship for the GOC/CGA and by extension, the national federations.

He wished that the GOC congress will be held at the end of May, if the Secretary-General and the Treasurer can work with the auditor to firm up details on the dormant GOC accounts.

“I wish to congratulate our various CDMs and their teams for the great work so far, I have stated over and over again, that sponsorship and funding must be the main focus and I hope the various teams are working on that”.

“There is a lot of commitment and goodwill from the MOYS to partner the GOC for all International Games from now till Ghana hosts the rest of Africa in 2023 and I hope that we can all build on that relationship for the benefit of our athletes” he expressed.

The GOC president thanked all sports leaders and the positive media who have supported him and the administration of the secretariat.