George Weah: Liberia President Forced Out Of Office By Snakes 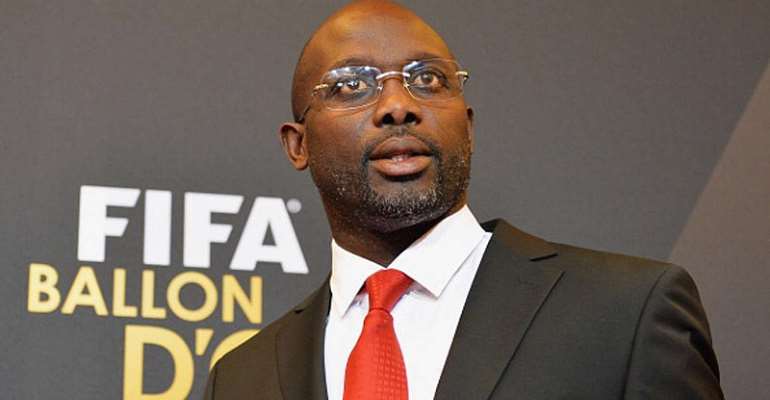 Liberia President George Weah has been forced to evacuate his office after snakes were found to have infiltrated the building on Wednesday.

According to the BBC, the former AC Milan and Paris Saint-Germain striker will work from home until April 22 at the earliest after two black snakes were found to have invaded the Ministry of Foreign Affairs.

"That building's been there for years now, and [due to] the drainage system, the possibility of having things like snakes crawling in that building was high,” the Presidency’s press secretary Smith Toby told the BBC.

"The Ministry of Foreign Affairs hosts the office of the president, so it did an internal memo asking the staff to stay home while they do the fumigation," he added.

"It's just to make sure that crawling and creeping things get fumigated from the building.”

Mr. Toby confirmed that Weah would definitely be returning to his office on Monday but, in the interim, will work from his Monrovia residence.

According to Front Page Africa, Weah’s press secretary also revealed that his office would conduct an inquiry to understand exactly how the snakes entered the building.

Weah, who remains the only African player to win the Ballon d’Or when he clinched the award in 1995, succeeded Nobel Peace Prize-winner Ellen Johnson Sirleaf as Liberia President in December 2017 following a landslide victory.

After moving from Cameroon’s Tonnerre Yaounde to AS Monaco in 1988, he went on to represent PSG, Milan, Chelsea, Manchester City and Olympique de Marseille, while he also represented his country at the 1996 and 2002 Africa Cup of Nations tournaments.