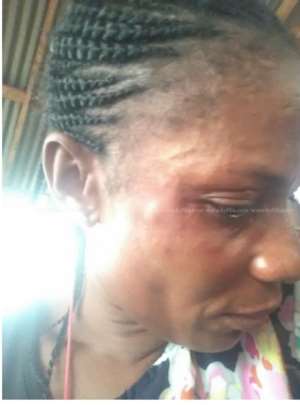 FIFA Referee Theresa Bremansu was mercilessly assaulted by a Prisons Officer supporters after their Ladies team lost 1-0 to Ampem Darkoa in the first leg semi-final of Women’s Special Competition.

Mavis Owusu scored the only goal of the match in the 48th minute at the Army Park in Sunyani to give the visitors an advantage. 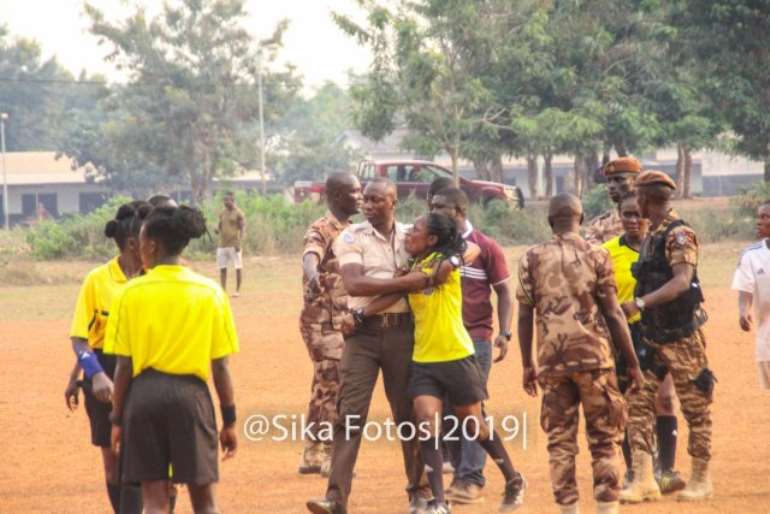 After the final whistle, the referee was attacked by an alleged prison officer in the full glare of the other officers and spectators.

“I was attacked by a prison officer who was wearing a black top in the full glance of the public. I cried for help but nobody came to my rescue. I called for his arrest and nobody moved a finger. They all saw this man beating me up. I am on my way to the Police Station to report him,” she confirmed.

‘’Referee Theresa Bremansu was attacked by a guy many people say he is a prison officer. He slapped the referee from behind,” she narrated.

“She has sustained injuries on her face as a result. I am writing my report to the Normalization committee and I attach pictures of the incident.”