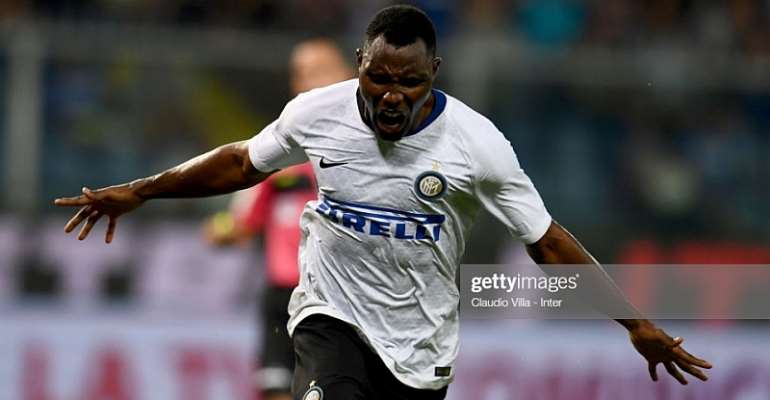 Ghana midfielder, Kwadwo Asamoah assisted in Inter Milan heavy away win over Genoa in the Italian Serie A on Wednesday night.

Two-goal hero Roberto Gagliardini opened the floodgate for the Black and Blue lads on the 15th minute from Asamoah's cross.

Mauro Icardi who made a return to the squad after several weeks scored from a spot kick before Ivan Perisic sealed the win.

The 30-year-old lasted for the entire duration of the game with another five-star performance.

The former Juventus ace has scored once with an assist in his 36 appearances for Inter Milan in all competition.