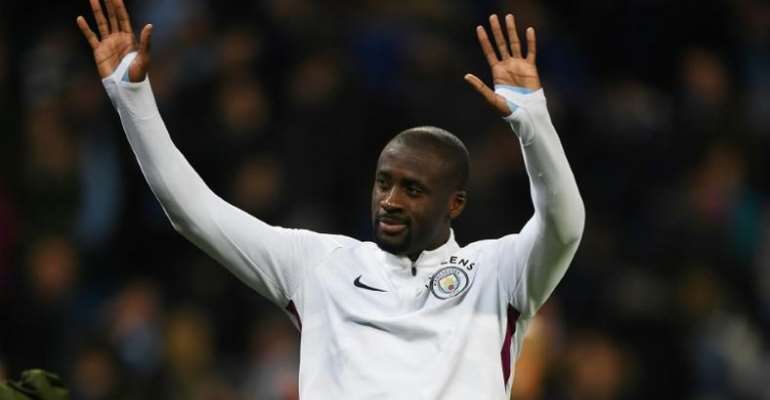 Four-time African footballer of the year Yaya Toure says football authorities should be more proactive when it comes to racism.

The 35-year-old former Ivory Coast great -- who also starred for Barcelona and Manchester City -- said football's governing bodies only reacted once incidents had already occurred, as in the case of the racist chanting during England's Euro 2020 qualifier in Montenegro last week.

"They (the football authorities) sit and they have their coffee, their wine," Toure told the Daily Mirror.

"Then they hear a case like Raheem happening and they jump on the phone saying: ‘We have to have a meeting! We have to do something!

"It shouldn't work that way. We have to be proactive. Something that is seen.

"We have to be working before that kind of situation with Raheem is happening."

Toure, who was speaking on Sunday after receiving an award from Football Against Racism in Europe (FARE), praised his former Manchester City team-mate Sterling for his behaviour during the match.

The 24-year-old restricted his response to cupping a hand to his ear after scoring a goal in the 5-1 thrashing of their opponents.

"I was surprised Raheem Sterling stayed so calm," said Toure.

"He is like my little brother. When you have seen what he has done surely he has to be Footballer of the Year."

Toure, though, is painfully aware of how football authorities get excited when racism hits the headlines then drop it, as FIFA did in 2016 by closing down a racism Task Force on which he sat.

He dryly observed that with the incident last week his services may be called upon again.

"They'll probably ask me to come and do this or that," he said.