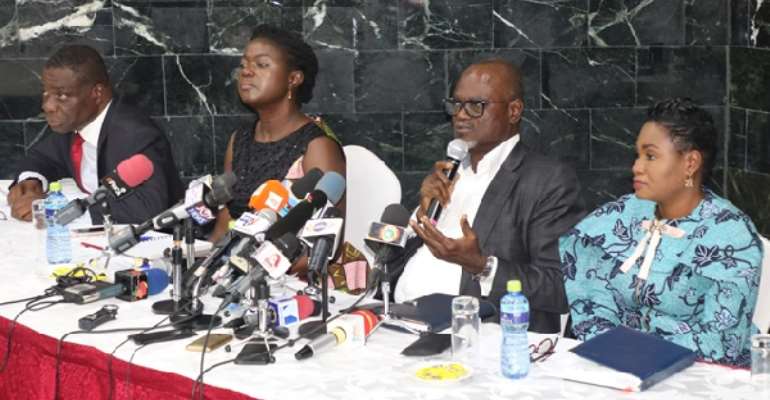 General Manager for Division One League Club, Accra Great Olympics, Mr. Olloboi Commodore is pushing for clubs to be compensated by the Ghana Football Association (GFA) Normalization Committee (NC) following the cancellation of the Special Competition.

The NC through a press release yesterday indicated that they have cancelled the proposed Special competition after accusing Premier League clubs of sabotaging the process. They claim that the 16 clubs in the top division threw spokes into their wheels which made it impossible for them to get the competition underway.

Speaking to class fm today however, the Olympics General Manager stated they should be compensated for the investment they had to do to recruit players whiles preparing for the competition.

“What I am seeing now some of us we are worried. It is not all that glitters that is gold. We have spent money, recruited players, registered players and they are telling us that we cannot play. Perhaps there must be some compensation”, Olloboi Commodore said.

Meanwhile the NC has assured the Division One League Clubs that they will be coming up with a program for the very soon. It is nonetheless not clear whether it will be a competition or not.