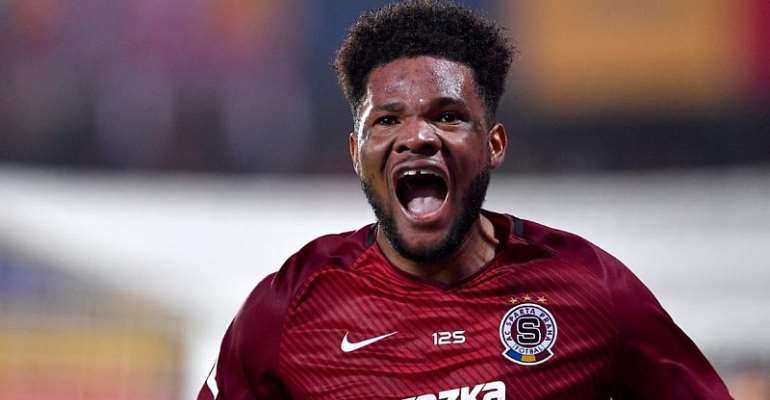 The Ghanaian international has been in fine form this season having already found the back of the net 9 times in 19 matches for his current club Sparta Prague in Czech Republic.

The former Ghana u20 forward is also being courted by clubs from the England and France even though a move to Turkey seems the likely one. Galatasaray are looking to sign him on loan for the rest of the season with an option to but if the player continues to impress with them.

The former Turkish Champions are ready to pay 1million euros to lease the player from the Czech Republican side before paying 8million euros for outright purchase.

The deal has not yet gone through because Sparta Prague are also pushing Galatasaray to cough out 12 million euros to out-rightly sign the player.

Benjamin Tetteh’s move to Galatasaray could be concluded by next week if the two clubs reach an agreement that will favor both sides and the player in question.