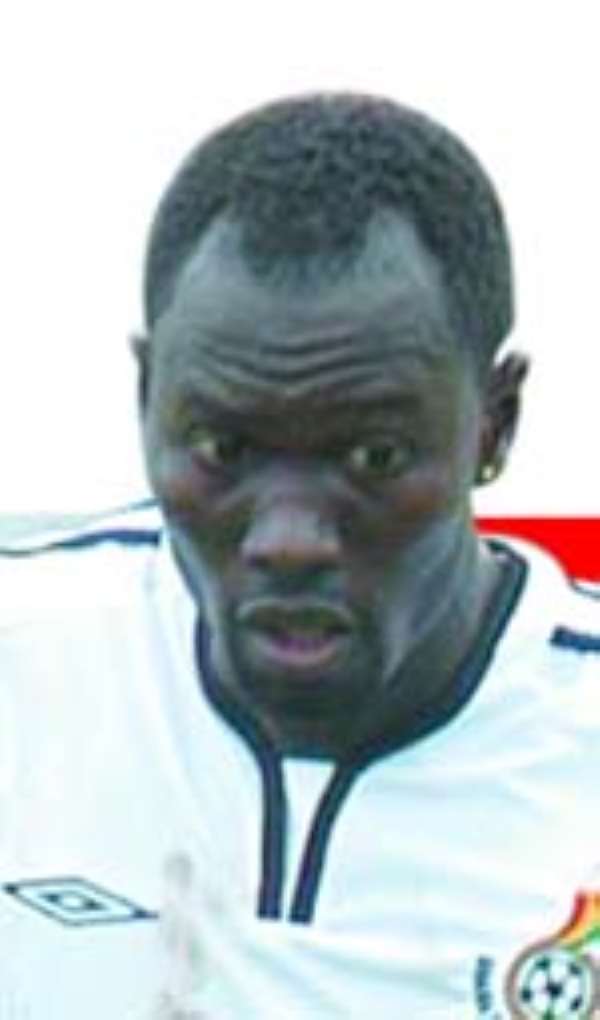 Ghanaian international, Joetex Frimpong, has revealed that the 2005 Coca-Cola FA Cup Most Valuable Player Award would boost his international career with the Ghanaian National Team, the Black Stars, as the countdown to the Africa Cup of Nations and World Cup continues.

Frimpong, who missed the Black Stars' friendly against Saudi Arabia due to his presence in the Enyimba line-up during the Coca-Cola FA Cup final in Port-Harcourt, told www.coca-colafacup.com that he intends to put in more to feature in both competitions.

“It is a great move for me considering the number of players that participated in the competition. I had nothing to show when I scored 16 goals as leading scorer, but now I have something to show as the MVP in the Coca-Cola FA Cup,” he said.

The Ghanaian applauded his teammates in Enyimba for their contribution to his emergence as the Coca-Cola FA Cup MVP.

According to him: “Football is a team game and I must confess that my colleagues played their own roles in my selection.”

The Ghanaian was on duty when his Nigerian club, Enyimba beat 2003 champions, Lobi Stars on penalties to win the 60th edition of the competition, now sponsored by Coca-Cola. ... applauds Black Stars over Saudi victory Ghanaian international, Joetex Frimpong, has applauded his colleagues in the Ghanaian National Team, the Black Stars for their 3-1 victory over Saudi-Arabia in an international friendly, on Monday.

Joetex, who missed the match due to club engagement in Nigeria where he featured in the Coca-Cola FA Cup finals for his Nigerian team, Enyimba expressed satisfaction with the performance of the squad.

“Monday's victory is good for us because it would boost our confidence. It would serve as a tonic for us to do better in subsequent matches.

Having won the Coca-Cola FA Cup with his Nigerian team, Enyimba, and the Most Valuable Player Award, the forward says he is looking forward to the next friendly for the Black Stars.

“I had to stay to help Enyimba win the FA Cup in Nigeria and we won the Cup for the first time. I must commend the Ghana Football Association for allowing win the cup with Enyimba. Now I am looking forward to the next game to play for the Black Stars,” he said.

Election petition was successful for John Mahama despite dis...
6 hours ago