Non-Performing Players Will Be Shown The Exit Door – Kim Grant 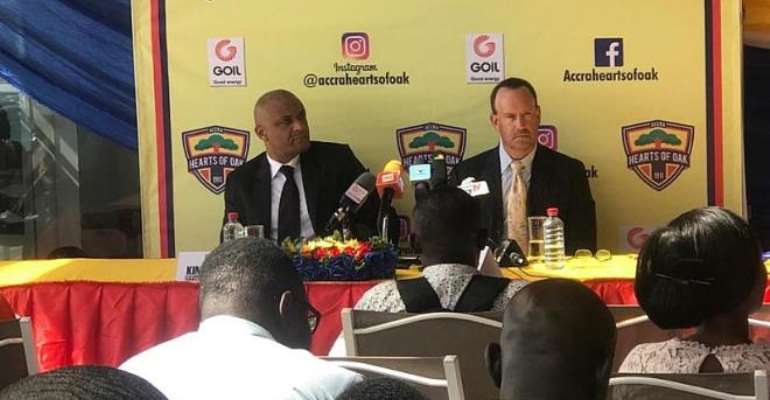 Kim Grant on the Left together with Mark Noonan on the Right.

Newly appointed Accra Hearts of Oak Sporting Director, as well as head coach, has stated that player who are not on top of their game will be shown the exit door once he commences work and gets the opportunity to access them.

The Ghanaian international has signed a three-year contract with the Phobians and will officially commence work on December 1.

At his official unveiling today Kim Grant emphasized every player at the club will be given the opportunity to showcase what they have to offer the club.

But once he assesses the players and identifies any of that that does not have the quality to play for the Phobians, he will show them the exit door.

“Every player is going to get the opportunity to show what they can do and this is not the time where I will talk about transfers. For me whatever players, whatever agents, that’s irrelevant at the moment”, Kim Grant said.

The new gaffer is hoping to have a successful stint with the Accra based club during his three years period with the possibility of staying at the club for a long time.