Real Will Release Modric To Inter Milan If They Get Neymar, Mbappe 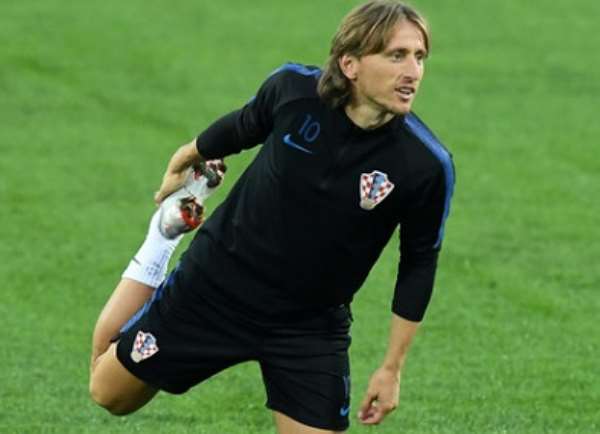 Inter Milan are set to renew their interest in Luka Modric, but the deal reportedly hinges on Real Madrid signing either Neymar or Kylian Mbappe from PSG.

Modric, who recently lifted FIFA's Best Men's Player award, was a top summer target for Inter, only for the two clubs to eventually fail to reach an agreement over his signature.

But Italian outlet Corriere dello Sport claims that after reaching a verbal agreement with the Croatian during the summer, Inter are ready to redouble their efforts to sign him in January.

With Real president Florentino Perez understood to be reluctant to part with the star midfielder, Corriere suggest that the Spanish giants want to sign either Neymar or Mbappe before sanctioning the deal.

Real have made an uncharacteristically sloppy start under new manager Julen Lopetegui so far this season, and have gone four games without hitting the back of the net.

The goal drought is shining a glaring light on the impact Cristiano Ronaldo's summer departure to Juventus is having on the side, and so a January move for a new striker is considered a priority by Bernabeu chiefs.

Real were forced to deny interest in both Neymar and Mbappe in public statements during the close season, yet interest reportedly remains.

Mbappe, a World Cup winner in Russia, has started the new campaign in breathtaking form, hitting 14 goals in just 11 starts for PSG.

His introduction for France against Iceland last Thursday helped Les Bleus come from two goals behind to earn a draw late on.

Former Barcelona forward Neymar is also on their radar after 13 goals in 11 games.

Real will be hoping to put their poor run to bed when they face Levante at the Bernabeu on Saturday.