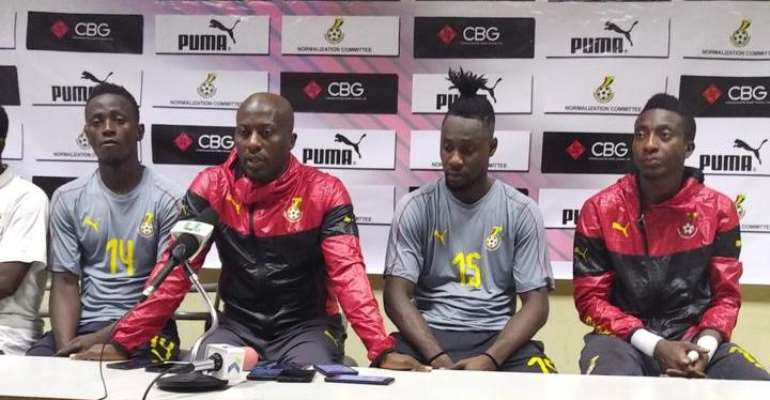 The Black Stars were due to host Sierra Leone in the third round of qualifiers at the Baba Yara Sports Stadium but it was cancelled following the dispute between the FA and government of the West African nation.

Following the cancellation of the match, managers of the team arranged a friendly encounter with Ghana Premier League side Asante Kotoko which is scheduled to come off at the Baba Yara Sports Stadium on Friday, October 12 at 16:00GMT.

"I'm really disappointed with the turn of events because I've been working very hard and was hoping to have an opportunity in one of the two games against Sierra Leone but unfortunately it has been cancelled," the 26-year-old told Goal.

"I wanted to prove to Ghanaians and the technical team that I have the potentials to keep the post at the highest stage. Some of the players were my teammates at Feyernood Academy so they are aware of what I can bring on board.

"Harrison Afful was my senior at Wafa Academy so we know ourselves while Christian Atsu and Bernard Mensah were my teammates at Feyernood so to come and meet them is something special and I'm learning a lot despite the unfortunate news.

"I'll continue to work hard and hope another opportunity comes in the game against Ethiopia next month," he added.