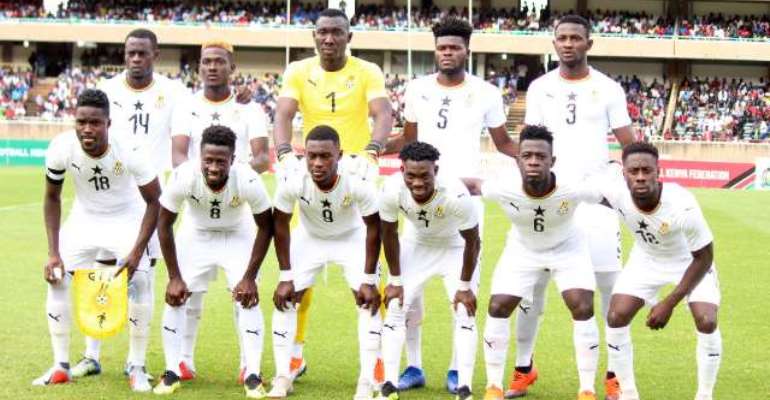 The Black Stars of Ghana will host Sierra Leone in the 2019 Africa Cup of Nations at the Kumasi Baba Yara Sports Stadium in Kumasi.

The FIFA/CAF Normalization Committee on Tuesday, September 25, wrote to the Sierra Leone Football Association confirming date and venue for the AFCON 2019 qualifier between the two nations.

Ibrahim Kamara, head of Media and Marketing at the SLFA in an interview with Kumasi based Oyerepa FM, he acknowledged receipt of the letter from the current Ghanaian football governing body.

"Yes we have received a letter from Ghana indicating that the match will be played at Baba Yara Stadium on the 11th of October, ” he said

"The second leg at Freetown is also on the 15th of October.W e are looking forward to coming to Ghana, our head coach travelled to London and he’s expected back this week,’’ he added.

Coach Kwasi Appiah and his boys will be hoping to get an impressive win after losing to the Harambee Stars of Kenya in the second round qualifiers last months in Nairobi.

The four-time African champions opened the Nations Cup qualifier campaign with an emphatic 5-0 over Ethiopia in July 2017 at the Baba Yara Sports Stadium.