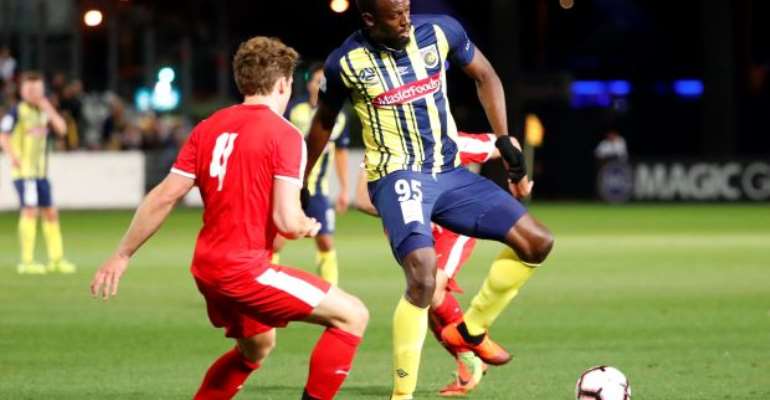 Usain Bolt made his much-anticipated professional football debut on Friday - but tired in a 20-minute cameo for Central Coast Mariners.

The Jamaican sprint king. who has been given a chance to train with the Australian side in a bid to win a contract, finally came on in the 71st minute of a pre-season friendly against Central Coast Football, to huge cheers from the crowd and fireworks.

Almost 10,000 people packed the Central Coast Stadium to see the eight-time Olympic champion - wearing the No. 95 shirt in a nod to his 100m world record time - but he was unable to get on the scoresheet as his team-mates thrashed the amateurs 6-1.