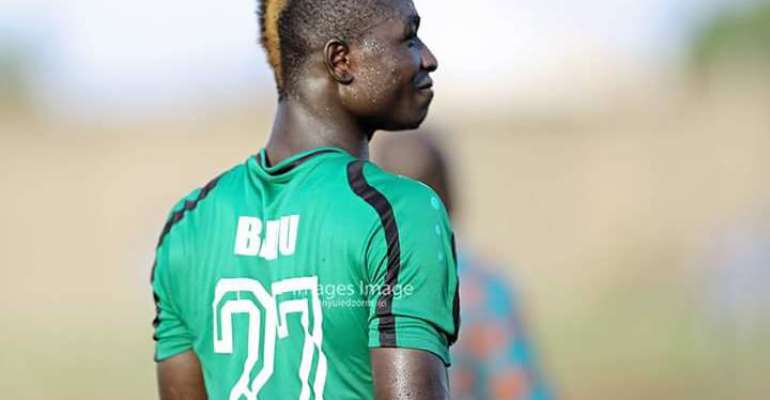 Aduana Stars defender Anokye Badu is in hot water after he failed a drug test and is out of his side's CAF Confederation Cup.

CAF has provisionally suspended the powerful centre-back after he tested positive for a banned substance during his side's group match against Raja Casablanca on May 16.

However, sources close to the player have denied he would take drugs.

The Ghanaian side has successful managed to keep the devastating news from the public -up until now.

He was selected for a random drug test after the side's 3-3 stalemate against the Moroccan giants in Dorma.

The sample had traces of a banned substance -leading to the decision to suspend him for the remaining matches in the competition.

He missed the side's two-legged ties against Congolese giants AS Vita and will be out of the remaining two games against Ivorian powerhouse Asec Mimosa at home and the reverse fixture against Raja Casablanca.

Include private tertiary institutions to absorption of fees ...
4 minutes ago