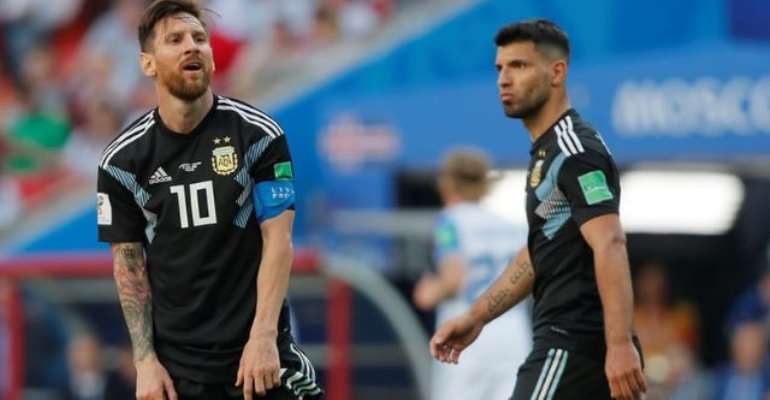 Lionel Messi's bid to win the World Cup got off to a nightmare start as he missed a penalty and his Argentina side were surprisingly held by debutants Iceland.

Messi was looking to match the impact his old rival Cristiano Ronaldo has made on the tournament - a sensational hat-trick against Spain on Friday night.

But instead of being the hero, Messi was the villain as his second-half spot-kick was easily saved by Hannes Halldorsson with the score at 1-1. 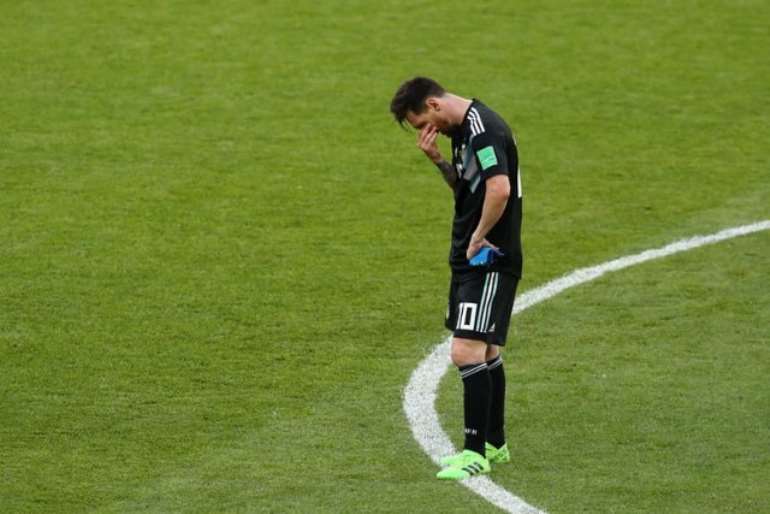 The draw was no less than Iceland, who are the smallest nation ever to play in a World Cup finals, deserved.

Their disciplined, defensive tactics frustrated an Argentina side who enjoyed the majority of possession and they also carried a threat going forward from the start, with Birkir Bjarnason scuffing a glorious early chance.

After surviving that scare, the thousands of Argentina fans who packed out the Spartak Stadium were dancing in the Moscow sunshine when Sergio Aguero put them ahead with a superb strike after 19 minutes.

But Jorge Sampaoli's side have a soft centre and their lead lasted only four minutes and 15 seconds, as Alfred Finnbogason equalised with his country's first goal at a World Cup finals.

Finnbogason had made a hash of a header seconds earlier but Argentina failed to clear and Willy Caballero could only palm Hordur Magnusson's shot into the path of the striker, who gleefully turned it home.

Messi's missed penalty was Argentina's only clear-cut chance in the second half, although Cristian Pavon's bouncing cross drew a fine late save from Halldorsson.