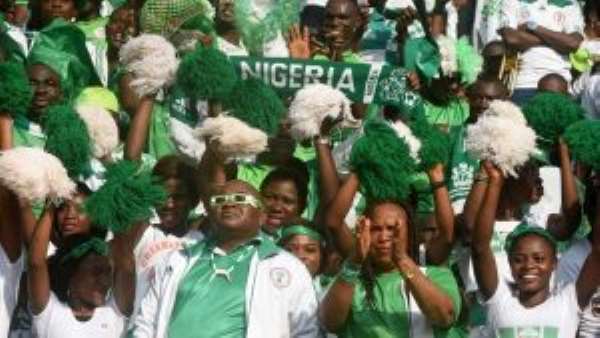 Super Eagles supporters in Russia have been denied the opportunity to bring live chickens into the stadium when the team is playing.

The supporters club of the Super Eagles have been known to go into stadiums with live chickens.

“Our information center MCH-2018 receives a lot of various questions: fans from Nigeria asked if it’s possible to go to the stadium with a chicken, it’s their symbol, the citizens are seen with them at all matches, we told them that to pass a live chicken, in any case, it is impossible “, – Ermak said.

He opined that if the Nigerians are rooting for their team in other places, “we will, of course, advise them where the chicken can be bought.”

We are ready to satisfy the most eccentric inquiries,” the minister added.

Nigeria fans were turned away from Ellis Park in Johannesburg, South Africa in 2010 after their demand to take chickens, painted in the nation’s colours into the stadium was refused.

Meanwhile, the minister said that Kaliningrad expects the arrival of 130 to 150 thousand fans.

At each match, Russians will be up to 15 thousand people, another 10 thousand seats will be proportionally taken by fans from countries whose teams will play at the World Cup, and the remaining 10 thousand will have to be citizens of other countries.