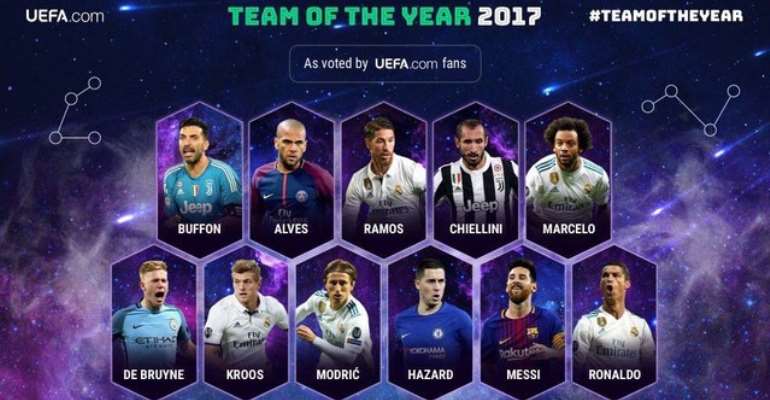 Tottenham striker and 2017’s top goalscorer Harry Kane has missed out on a place in the UEFA Team of the Year, with Kevin de Bruyne and Eden Hazard the only Premier League representatives.

Kane finished last year as the top scorer across Europe’s top-five leagues, scoring an incredible 56 goals in all competitions for club and country, two more than Barcelona superstar Lionel Messi.

However, the Spurs and England forward was absent from the 2017 Team of the Year, voted for by football fans and tallied by UEFA.

The team does, however, include the English top-flight duo of Chelsea midfielder Hazard and Manchester City playmaker De Bruyne, while Messi and Cristiano Ronaldo are unsurprising inclusions in the European XI.