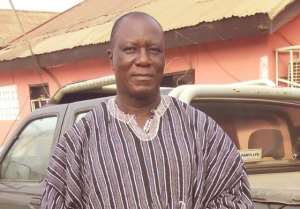 Techiman Eleven Wonders who are yet to have a feel of the Ghana Premier League have appointed astute football administrator, Takyi Arhin as the club’s new General Manager.

Takyi Arhin, popularly known as "Tender" in the football circles is a member of the Division One League Board will be leading the newly-promoted Ghana Premier League side in the elite division next season.

Tender has previously worked as the Chief executive officer of Division one League side Berlin FC.

Eleven Wonders are making their maiden appearance in Ghana’s top-flight just few years playing in the second-tier League after topping their group in the Division One League in Zone I.

Having looked through the football circle thoroughly, executives of the Club have decided to appoint the seasoned football administrator to head the Club in the coming season.