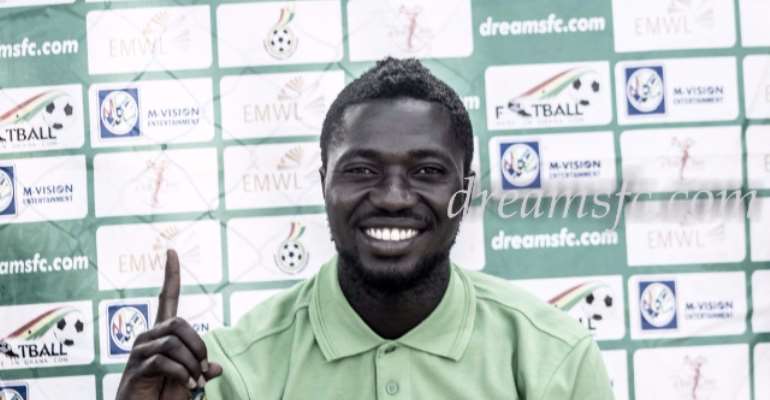 Dreams FC goalkeeper Philemon MacCarthy has set his sights on helping the club finish in top four position in the upcoming season.

The 28-year-old shot-stopper rejoined the Dawu-based outfit following the end of his loan spell with Israeli side Hapoel Afula in the Ligat Leimut division.

According to the former Hearts of Oak goalie, the genuine target for the team in the forthcoming campaign should be finishing in the top four despite their ambition of clinching the title.

'Winning the league trophy won't be bad but as a young and just promoted team to the elite league, I won't put such pressure on us but finishing at the top 4 will be my main expectation' MacCarthy told footballmadeinghana.com

'The team is very young and average age will be around 17-19 years. I expect goal king to come from us as well as fair play and the most well-behaved team.'

The experienced goalie touched on his team's pre-season: 'Pre-season in my view has been very positive despite one or two difficulties. We are now playing games to build up game fitness and do some corrections as well as get a correct playing system,'