By THE MIRROR
Sports News 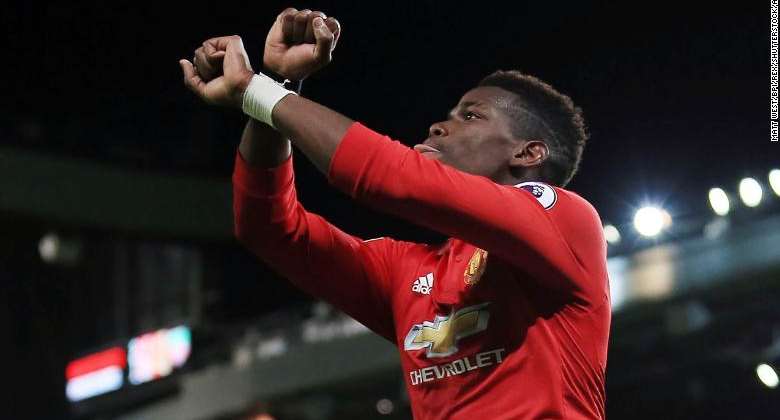 A recent CNN documentary brought to light the plight of immigrants arriving in Libya, attempting to find their way to Europe.

The war-torn country has become one of the main routes used by trafficking networks since the downfall of Muammar Gaddafi in 2011, offering safe passage but instead selling would-be migrants to the highest bidder.

Undercover CNN reporters revealed how, in scenes reminiscent of the 18th and 19th century, auctioneers were advertising a group of West African migrants - referred to as 'merchandise' - as 'big strong boys for farm work'.

Footballers across the globe have been using their global profiles to draw attention to the issue, with Mnachester United midfielder Pogba the biggest name, having made the 'shackles' gesture following his goal against Newcastle at the weekend.

The French ace would later take to Instagram to explain: "While very happy to be back, my prayers go to those suffering slavery in Libya. May Allah be by your side and may this cruelty come to an end!'

In Thursday night's Europa League win over Astana, Congo striker Bakambu made a similar gesture, turning to the cameras and crossing his wrists after scoring his 11th goal in 16 games for Villarreal this term.

Bakambu - named La Liga player of the month of October - followed it up by tweeting post-game: "f*** slavery".

Levante's Cheick DoukourÃ© had previously offered up his own message following his side's meeting with Espanyol last weekend.

Following the full-time whistle, the Ivory Coast international took off his club shirt to reveal a message underneath, stating: "Outside of football, I am not for sale".

The Libyan government has announced it is urgently investigating claims that the migrants who cannot afford to pay traffickers for the boat journeys to Europe are being sold at auction when camps become full.

The mobile phone footage of one such 'auction' obtained by CNN has prompted an international outcry - with protests erupting in Europe, the US and Africa.

According to the UN International Organization for Migration (IOM), it's been known for some time that young African men bound for Europe are frequently caught in trafficking networks and sold for labour in Libya.

It reports many migrants are detained, tortured, and even killed.

The president of the U.N. General Assembly said on Twitter he was "appalled" by the reports of slave auctions, and the

The African Union called for an immediate end to the practice.

On Tuesday Libya's Ministry of Foreign Affairs again stated that a committee has been established to investigate the auctions, but asked: "the international community to intensify in a spirit of responsibility and joint cooperation to assist Libya."

Watch the video below
https://www.youtube.com/watch?v=2S2qtGisT34