By THE PUNCH
World Cup 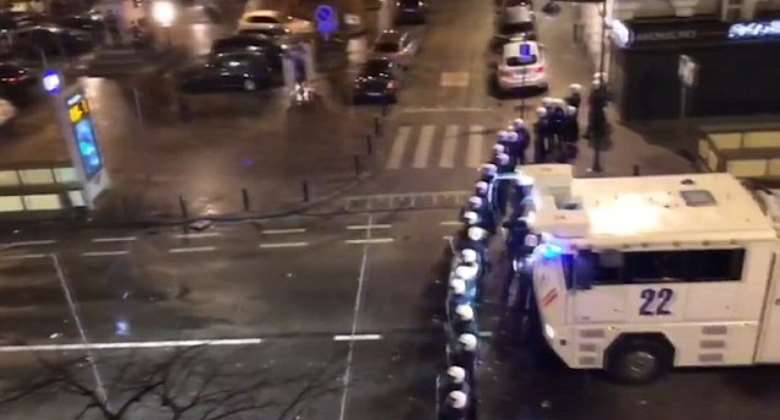 Celebrations in Brussels to mark Morocco’s return to the World Cup for the first time in two decades turned violent late on Saturday, when crowds clashed with police, setting cars on fire and injuring 22 police officers.

Brussels police said that of some 1,500 people had come to celebrate Morocco’s 2-0 win over Ivory Coast, but that around 300 started to behave violently and attacked police officers and firemen called to put out burning cars and dustbins.

More than 100,000 people of Moroccan origin living in Brussels. Belgium saw an influx of Moroccan workers in the 1960s and 1970s.

Prosecutors said by Sunday morning no arrests had been made, but Belgium’s interior minister vowed to hold those responsible to account, calling the events unacceptable.

“The fundamental problem is that such events are used as an excuse for reckless behaviour and doing unacceptable things,” Interior Minister Jan Jambon told Belgium’s Radio 1.

We can't wait any longer – CLOGSAG to embark on nationwide s...
51 minutes ago