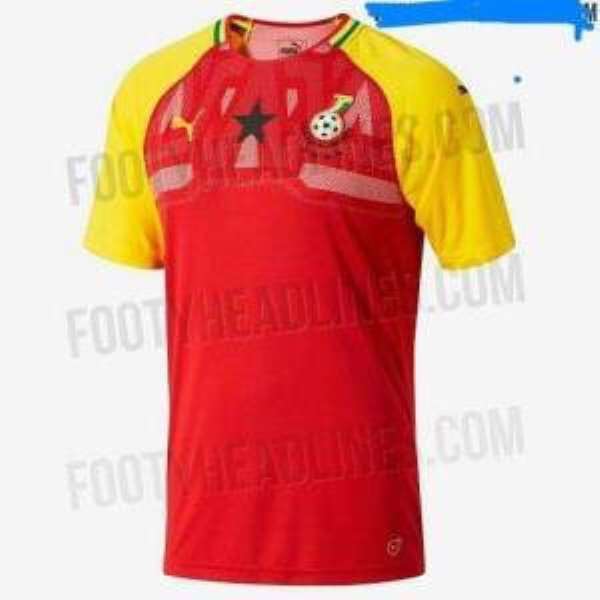 Some Ghana fans have ripped Puma to pieces over the German apparel company's 'ugly' new design of away kit for the Black Stars with some describing it as 'disgusting'.

The fans took to social media to express their disapproval over the new red design for the national team.

Puma are releasing new designs for the countries they produce jerseys for and Ghana is among countries to wear new jerseys from this month.

The Black Stars are expected to release the jersey on Sunday's final 2018 World Cup qualifier against Egypt in Cape Coast.

The new kit has received rave reviews among jersey experts with many praising the design by Puma.

"One of the most outstanding kits of Puma's 2018 national team jerseys, the Ghana 2018 home jersey boasts an outstanding design in red, yellow and black that stands in stark contrast to their usual white home shirts," an expert on the field said about the new Ghana shirt.

However, some fans of the Black Stars angry over the design with unsavory remarks about the kit.

Conflict 'behind us', Ivory Coast's Ouattara says after gree...
59 minutes ago