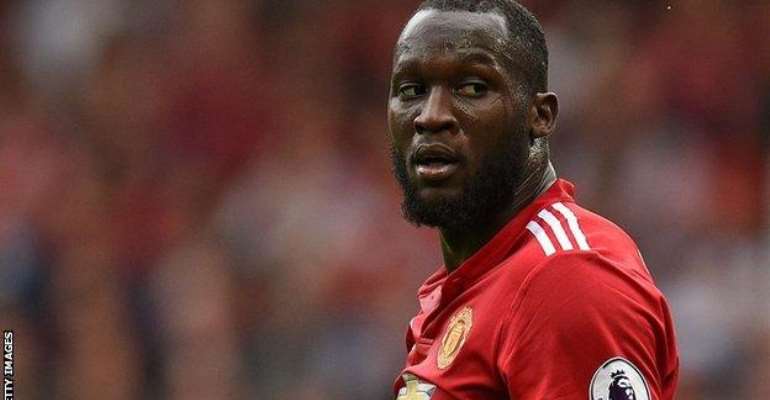 Ghanaian rapper Yaa Pono has taken a funny swipe at Manchester United striker Romelu Lukaku with a lookalike picture of a comedian Bishop in the West African country after they were defeated by Chelsea.

Yaa Pono, an ardent Chelsea supporter, produced pictures of the comedian along with Lukaku showing a striking resemblance with the tagline 'we catch am'.

Pono claims Chelsea have exposed Kukaku as a comedian in Ghana and have stopped him from scoring.

Alvaro Morata scored his first goal since September as Chelsea deservedly beat Manchester United to move a point behind the Red Devils in the Premier League.

Morata escaped the attention of United's defenders to find yards of space and beat goalkeeper David de Gea from Cesar Azpilicueta's cross in the 55th minute.

It was another unproductive away day for United and manager Jose Mourinho after a goalless draw at Liverpool and loss to Huddersfield Town, leaving them eight points adrift of leaders Manchester City, who beat Arsenal 3-1 earlier in the day.

And, after the briefest of handshakes between the managers before kick-off, there was no repeat at the final whistle as Antonio Conte celebrated a crucial victory that will help to silence the noise surrounding his position as Chelsea manager.

It was Mourinho's third straight loss at Stamford Bridge since he became United manager.