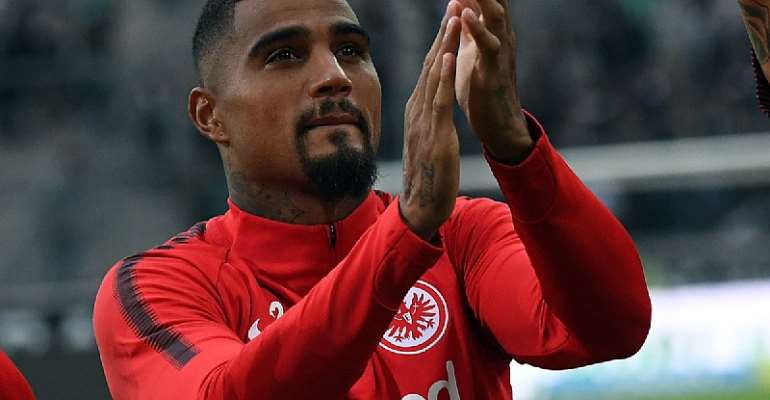 Eintracht Frankfurt midfielder, Kevin-Prince Boateng has shut the door on a possible return to Las Palmas claiming he is extremely happy with his club.

The former AC Milan player left the Spanish La Liga before the start of the season and returned to his native Germany.

Boateng expressed interest in returning to the club in future.

However, Kelvin in an interview on the official website of Eintracht Frankfurt where he has made it clear that he is very happy in Germany and the Bundesliga.

''Absolutely, I'm very happy. The change was also worth it as I am now closer to my family,'' Boateng said.

Boateng has scored one goal in ten league appearances for Eintracht Frankfurt.