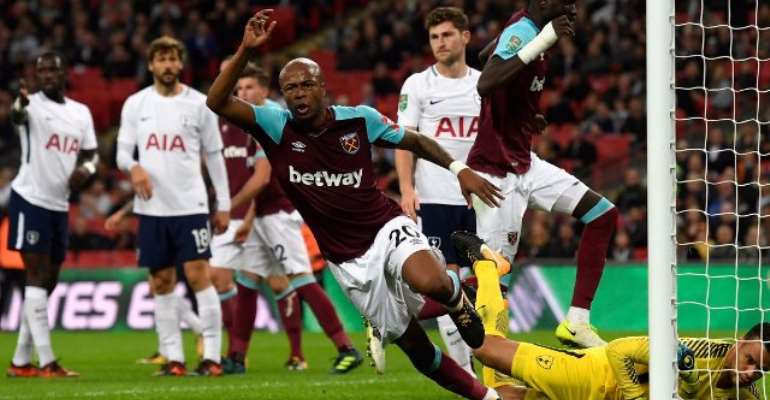 Ghana ace Andre Ayew bagged a superb brace as West Ham came from two goals down to stun in-form Tottenham Hotspurs 3-2 to reach the quarter-final of the Carabao Cup.

The Hammers seemed down and out at half-time but led by Ayew, they fought back to secure the famous victory at Wembley.

Ogbonna completed the recovery as he rose highest to flick in a corner.

Ayew was voted man of the match.
Andre's double means he has been directly involved in more goals than any other West Ham player (10 goals, five assists) since August 2016.

Watch highlights of the match