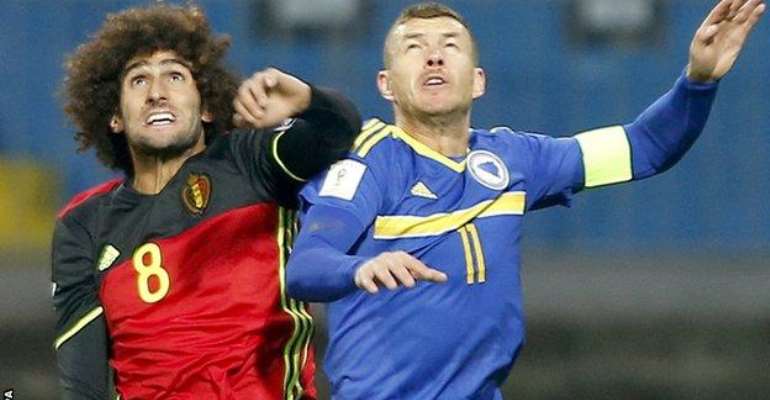 Manchester United midfielder Marouane Fellaini is set to miss their Premier League game at Liverpool after picking up a knee injury playing for Belgium.

The 29-year-old went off after 29 minutes of a World Cup qualifying win over Bosnia-Herzegovina on Saturday.

In a post on social media, Belgium said Fellaini has had a scan and will be “out for a couple of weeks”.

They face Cyprus in their final World Cup qualifier on Tuesday, while United travel to Anfield on 14 October.

The Old Trafford club then visit Benfica in the Champions League four days later before a trip to Huddersfield in the league on 21 October.

Fellaini has scored four goals for United this season, including two in a 4-0 win over Crystal Palace in their last game before the international break.

He looks set to join fellow United midfielder Paul Pogba, who is out with a hamstring injury, on the sidelines for his club.