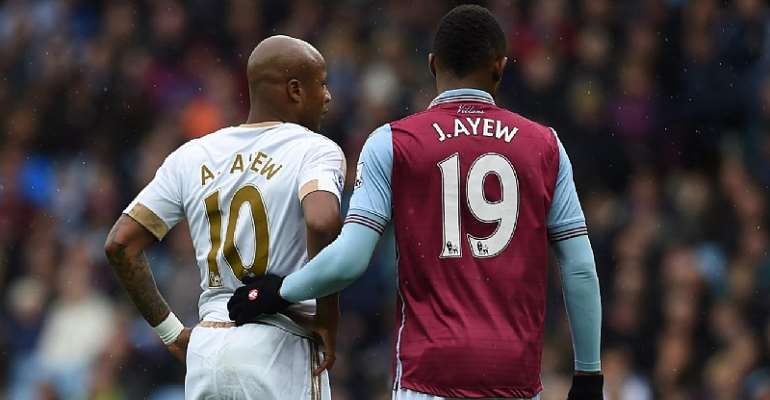 The two brothers who go at each other, days after being dropped from Ghana's squad for the 2018 World Cup qualifier against Uganda on October 7.

Andre Ayew is sure to be included in Slaven Bilic's Starting XI for West Ham United. After signing a three-year contract last season from Swansea, Ayew came and did reasonably okay, however he has lost his goal-scoring partner in Sofiane Feghouli.

Ayew is a competent striker and has the ability to cause problems for the opposition, however there could still be some hard feelings from the Swansea faithful which could lead to Ayew having an interesting game.

Currently, Swansea have picked up 1 win and 2 draws from their six Premier League matches. Not bad for a team who have been struggling in recent seasons.