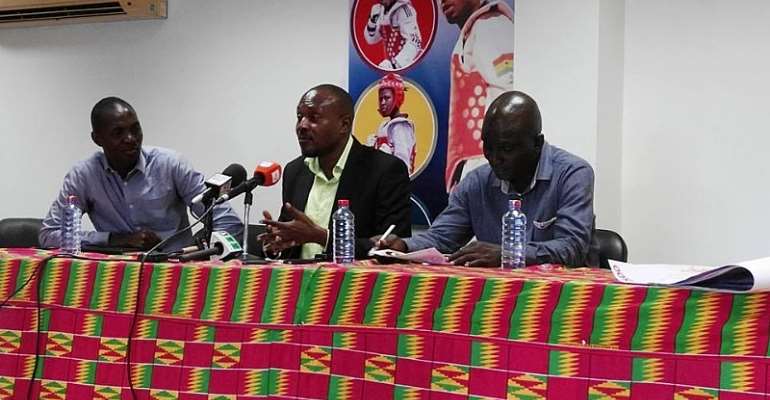 15 countries have been confirmed to participate in the first Ghana Open Taekwondo Championship in Accra over the weekend, August 18 and 19.

Public Relations Officer (PRO) of the Ghana Taekwondo Federation (GTF) Mr. Adnan Lamptey, who interacted with the media on Wednesday said the GTF is ready to host the first International Taekwondo Open championship at the Accra Sports Stadium which has been renovated and put in first class shape after the Trust Emporium could not host because some facilities were not ready.

The seminar held at the Media Center of the Accra Sports Stadium was to educate the media on the upcoming competition and Mr. Lamptey said this is the first ever International competition in Sub Sahara Africa and that the Federation is ready to host a successful tourney.

He expressed that the main sponsors, Epsilon Security Limited, renovated the RLG Hathramani Hall of the Accra Sports Stadium at a cost GH¢60,000.00 purposely for the event.

Other supporting sponsors include Blue Oceans and the Accra City Hotel where 27 expected international referees, including one Ghanaian and guests will be lodging.

He enlightened that, to be a participant, an athlete needs to hold a passport, an international /global taekwondo license plus 50 US Dollars to register for the World Taekwondo (WT) sanctioned championship.

He hinted that 118 athletes from the 15 countries have confirmed their participation out of which 14 are Ghanaians.

Mr Lamptey said the WT sanctioned events affords the athletes an opportunity to gain more points to qualify for Olympic Games and other high profile tournaments.