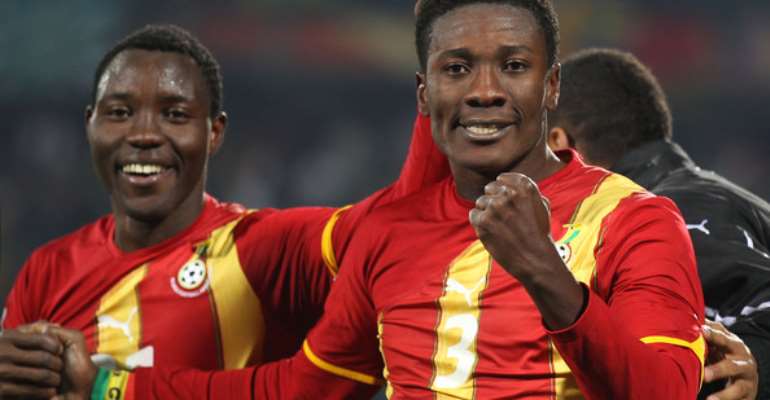 Black Stars captain, Asamoah Gyan, says that his first goal for the national team against Somalia in Accra was his favourite of the 50 he has scored so far.

Gyan got his landmark goal against Ethiopia in last Sunday's 5-0 win in the 2019 AFCON qualifiers and he joined the likes of Robin Van Persie of Holland, Luis Suarez of Uruguay and Shinji Okazaki of Japan as players who have scored 50 times for their country.

In an exclusive interview on Citi FM's Traffic Avenue on Wednesday, the Al-Ahly Dubai man said that the first of his half-century of goals for the Black Stars was the one he treasured the most.

'I always talk about my first goal for the Black Stars. I scored it in 2003 and it was against Somalia.' The said goal was the 5th for the Black Stars in a 5-0 rout of Somalia in the preliminary stages of the 2006 World Cup qualifiers.

Gyan was introduced in the second half for Isaac Boakye and he went on to score in the 82nd minute. Apart from that goal, Gyan also spoke about his goal against DR Congo in 2005 during the main qualification stage for the 2006 World Cup.

His goal helped Ghana to draw 1-1 and eventually push the team to the main World Cup in Germany.

'I got a pass from Laryea Kingston, controlled it on the chest and volleyed over the goalkeeper and into the net. People have forgotten that goal but it is one of the my favourites.'