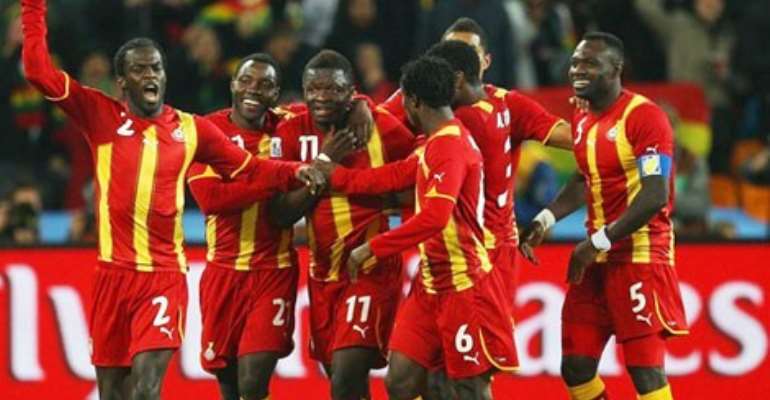 A prominent Islamic cleric has predicted a resounding victory for the Black Stars as they clash with the Wallias of Ethiopia in an African Cup of Nations (AFCoN) qualifier slated for the Baba Yara Stadium, Kumasi, on Sunday.

Sheikh Haroun Abdul Mummin, the Ashanti Regional Chief Imam, said the Muslim community had been praying fervently for the Stars and with 'the help of the Almighty Allah, the team was going to record not less than five (5) goals against Ethiopia'.

He was addressing the Stars as they paid a courtesy call on him at the Central Mosque, Kumasi, after the Muslim community had conducted its ritual Friday prayers, which coincided with the Ramadan (the month-long fasting period).

Players who joined the congregation for the prayers, included Andre and Jordan Ayew, Rashid Sumaila and Abdul Majeed Warris, who are all Muslim.

Ghana had since 1963 met the Ethiopians on three occasions, running away with two victories and losing to their opponents once.

Many connoisseurs have predicted a win for the Stars, four-time winners of the AFCON and also considered one of the greatest Senior National Teams of all time on the African continent, but the Ethiopians are not perturbed by their underdog status.

'We know Ghana is strong, however, we have our own plans to surprise them when we meet on Sunday', Ethiopian Coach, Ashenafi Bekele, told the GNA Sports on their arrival in Kumasi.